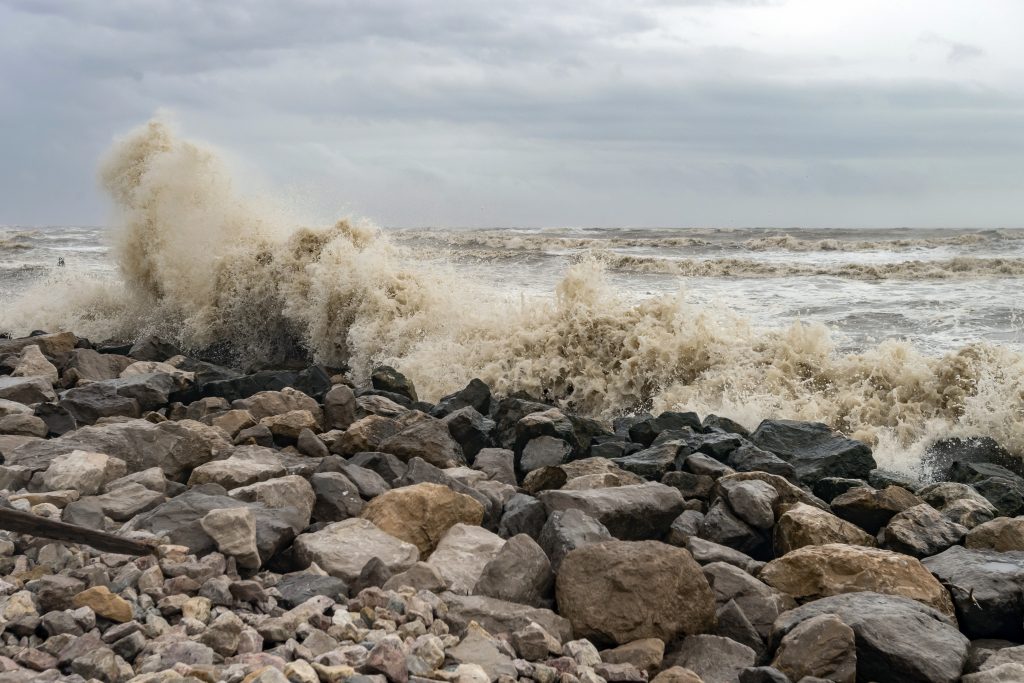 Tropical Storm Hanna is no more. She graduated to Hurricane Hanna and was vamping her way toward the Texas coast Saturday morning. As of 8 p.m., the eye of Hurricane Hanna had made its way over southern Texas as hurricane conditions continued, forecasters said.

Hanna made landfall on Padre Island, Texas, at 6 p.m. and the eye of the storm reached the mainland two hours later, forecasters say.

The storm’s hurricane-force winds extend outward up to 30 miles from its center, with tropical storm-force winds reaching outward to 90 miles, according to the hurricane center.

The forecast shows a gradual turn toward the west-southwest is expected by Saturday night and should continue through Sunday, according to the hurricane center.

—A tropical storm warning is in effect for the Texas-Mexico coast from Barra el Mezquital, Mexico, to Port Mansfield, Texas. Another warning was issued from Port Aransas to Port O’Connor, Texas.

—A hurricane warning is in effect in Texas from Port Mansfield to Port Aransas.

—A storm surge warning is in effect in Texas from Port Mansfield to Sargent.

“Interests along the Texas and Louisiana coast should monitor the progress of this system,” forecasters wrote.

The storm is forecast to produce 6 to 12 inches of rain, with isolated areas possibly seeing up to 18 inches of rain through Sunday night in South Texas. This might cause “life-threatening flash flooding, rapid rises on small streams and isolated minor to moderate river flooding in south Texas,” according to the hurricane center.

Those who live along the Texas and Louisiana coasts, and inland to the Mexican states of Coahuila, Nuevo Leon, and northern Tamaulipas might also see between three to five inches of rain, according to the forecast. Swells along the Texas and Louisiana coasts are also expected to increase, which might cause “life-threatening surf and rip current conditions.”

Hanna, which formed late Thursday, is the eighth named storm of the 2020 Atlantic hurricane season and the second to form this week.

Tropical Storm Gonzalo formed in the Atlantic on Wednesday but dissipated Saturday evening as its remnants move through the Caribbean, according to the hurricane center.

Another system to watch: A tropical wave near the west of Africa that is expected to move westward across the Atlantic during the next several days. Forecasters say the wave might see some development early next week when it reaches the western tropical Atlantic. Its formation chances in the next five days is 60%, according to the hurricane center.