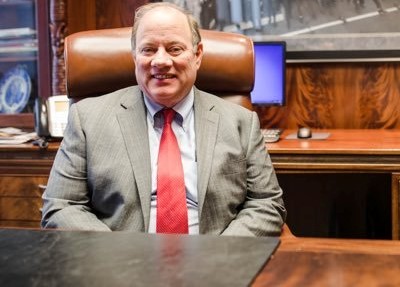 Mayor Mike Duggan said Detroit hasn’t experienced the protest-related violence seen in other cities. He said he and police Chief James Craig “are comfortable” that any agents coming to the city will not be under the Department of Homeland Security.

“We haven’t had the looting. We haven’t had the fires, which you’ve seen in other cities,” the mayor said. “I’ve never seen as many illegal guns on the streets as we have today. If they want to have more ATF officers dealing with the illegal trafficking of guns, that would be a welcome contribution.”

Barr and President Donald Trump spoke only of plans in Chicago and Albuquerque, New Mexico. But the White House later said in a statement that the program would be expanded to Cleveland, Detroit and Milwaukee.

“We have experienced an uptick in crime. This is an enhancement to that,” Craig said.