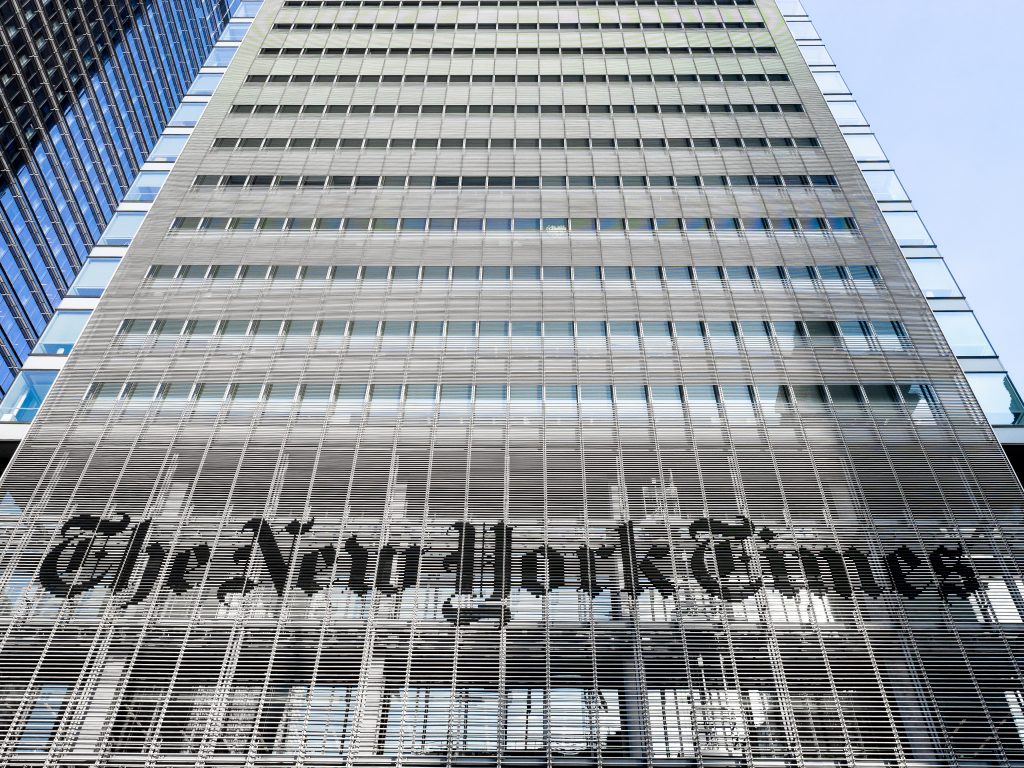 Opinion editor and writer Bari Weiss has left The New York Times, publishing a scathing resignation letter on her way out Tuesday that accused the newspaper of allowing “unlawful discrimination, hostile work environment, and constructive discharge,” among other misdeeds.

The journalist’s exit comes amid a reckoning prompted by the Black Lives Matter movement and after The New York Times’ publication of the “Send in the Troops” op-ed by Sen. Tom Cotton (R-Ark.), which called for military mobilization against protesters.

The June piece was widely condemned within and beyond the newspaper and among scores of readers. It sparked what Weiss called a war between “(mostly young) wokes” and “(mostly 40+) liberals” and ultimately led to the departure of Opinion editor James Bennet.

Weiss, who said she experienced “constant bullying by colleagues” who disagree with her views, was also among the signatories of last week’s Harper’s open letter opposing cancel culture. She said she experienced bullying online and lamented the New York Times’ inaction on her alleged harassment.

“Some coworkers insist I need to be rooted out if this company is to be a truly ‘inclusive’ one, while others post ax emojis next to my name. Still other New York Times employees publicly smear me as a liar and a bigot on Twitter with no fear that harassing me will be met with appropriate action. They never are,” she wrote in her resignation letter addressed to Times publisher A.G. Sulzberger.

“Twitter is not on the masthead of The New York Times. But Twitter has become its ultimate editor,” she continued. “As the ethics and mores of that platform have become those of the paper, the paper itself has increasingly become a kind of performance space. Stories are chosen and told in a way to satisfy the narrowest of audiences, rather than to allow a curious public to read about the world and then draw their own conclusions. I was always taught that journalists were charged with writing the first rough draft of history. Now, history itself is one more ephemeral thing molded to fit the needs of a predetermined narrative.”

In a Tuesday statement, Kathleen Kingsbury, the New York Times’ acting editorial page editor, said that she appreciated Weiss’ contributions to the section and is “personally committed to ensuring that The Times continues to publish voices, experiences and viewpoints from across the political spectrum in the Opinion report.”

“We see every day how impactful and important that approach is, especially through the outsized influence The Times’s opinion journalism has on the national conversation,” Kingsbury said.

New York Times spokeswoman Eileen Murphy declined to comment on the specifics of Weiss’ letter, but added: “We’re committed to fostering an environment of honest, searching and empathetic dialogue between colleagues, one where mutual respect is required of all.”

Weiss was hired three years ago under Bennet, who brought in the views of more conservative writers, including Weiss and columnist Bret Stephens. The newspaper and its staff have long been a target for President Trump and his conservative allies; the president regularly describes the newspaper as “failing.”

Weiss said she joined the paper with the goal of bringing in voices that would not otherwise appear in the paper of record, such as first-time writers, centrists, conservatives and others “who would not naturally think of The Times as their home.” That’s because, she argued, the paper failed to anticipate the outcome of the 2016 election, which meant that it didn’t have a firm grasp of the country it covers.” She said her section’s priority “was to help redress that critical shortcoming.”

She was previously op-ed editor at The Wall Street Journal and an associate book review editor there.