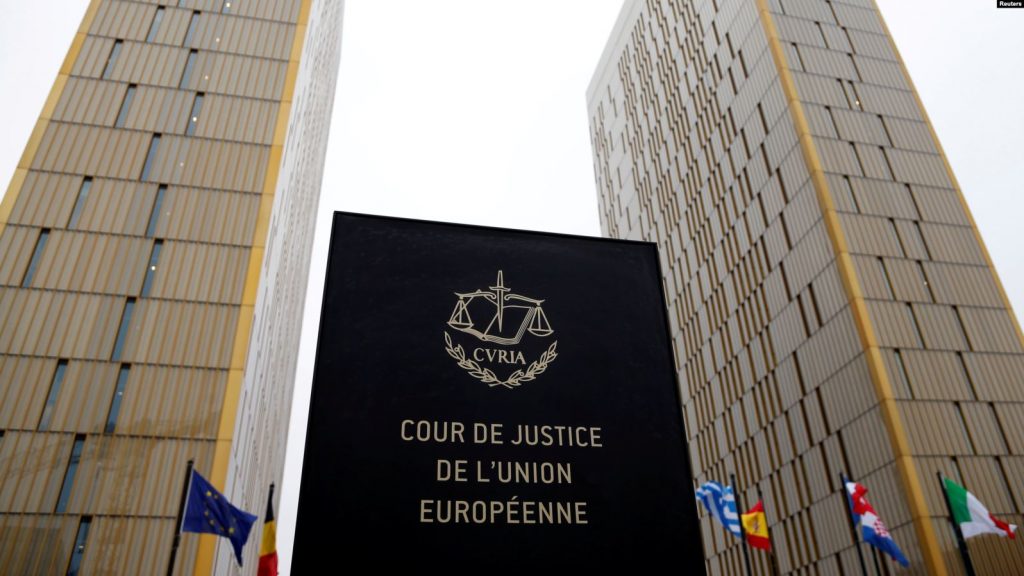 A law that bans shechitah and halal slaughter methods in most of Belgium was argued Wednesday in a hearing before the European Union’s highest court. The hearing was the latest chapter in a protracted battle over the controversial law which opponents feel presents a major imposition on religious practice in a nation that is home to a large community of both Muslims and Jews.

While not technically binding on how Belgian courts and legislators will deal with the ban, which came into effect in 2019, the opinion rendered by the EU’s Grand Chamber is likely to determine the law’s future.

Yohan Benizri, President of the Belgian Federation of Jewish Organizations (CCOJB), the country’s arm of the European Jewish Congress-one of the parties which brought the suit against the ban, was optimistic that the court would back his organization’s position.

“If you look at the EU’s legislative history and some of what its courts have said, I think there’s broad consensus that a total ban is not something that you can justify and that is an imposition on our fundamental rights,” he told Hamodia. “Based on the questions we heard, it seems that the court recognizes that.”

The hearing, which lasted over two hours, was heard by a fifteen member panel joined by the EU Court of Justice’s Advocate General, was addressed by lawyers representing Jewish and Muslim communities as well as those defending the law on behalf of the regional Belgian governments which passed the law, animal rights groups, and for Denmark and Finland who acted as intervenors arguing in favor of the ban.

Those speaking in support of the ban argued that the neutrally worded law does not target religious groups and does not impose on their freedom of worship as kosher and halal meat can be imported.

A point more recently added to the religious communities’ case is that travel bans and other COVID-era restrictions have demonstrated that imported meat is not always readily available to consumers.

Belgium requires that all animals be electrically stunned before slaughter, but in the past gave exemptions for kosher and halal methods, which both forbid the practice. In 2017, parliaments in the nation’s Flemish-speaking Flanders region and in its French-speaking Wallonia region passed laws that ended those exemptions. Religious slaughter methods remain legal only in Belgium’s third semi-autonomous region, its capital city, Brussels.

Shortly after the laws were passed, CCOJB and the Jewish Consistoire, together with several other Jewish groups and meat industry professionals, challenged the law in Belgium’s highest constitutional court, the Council of State. Their claims were joined by similar suits from several Muslim organizations. Last year, Belgian judges on its high court avoided a decision, instead asking the EU to determine whether the ban contradicted European law.

On September 1, the EU’s Advocate General assigned to the case will issue his recommendation which the full panel is likely, but not required, to adopt.

Mr. Benizri said that his study of the court’s questioning boosted his confidence of a positive result for religious communities.

“The advocate general seems to have gotten the point here,” he said. “He kept hammering the Flemish region’s lawyer as to why it was necessary to go so far as imposing a ban when there were other ways to achieve their objective. He also raised the point that while Belgium is arguing that kosher and halal meat can be imported, that argument would break down if other countries make the same types of bans.”

The EU has its own legal requirement for animals to be stunned prior to slaughter, but its law explicitly says that exceptions should be made to permit religious slaughter methods. The pan-European body traditionally grants member states a margin of digression in how to apply laws within its borders. Central to the present case is the question of whether Belgium’s total ban is beyond the parameters of that digression.

Even a ruling from the EU will likely not end the law’s judicial journey, as its decision will then be put before the Belgian high court once again for consideration as to how it should be applied.

“I believe that the EU will recognize that this ban is a contradiction to its laws and basic values,” said Mr. Benizri. “The strength of a democratic society is not measured by its ability to uphold popular values, but to protect its minorities. If it fails to do that, it is little better than a totalitarian regime.”