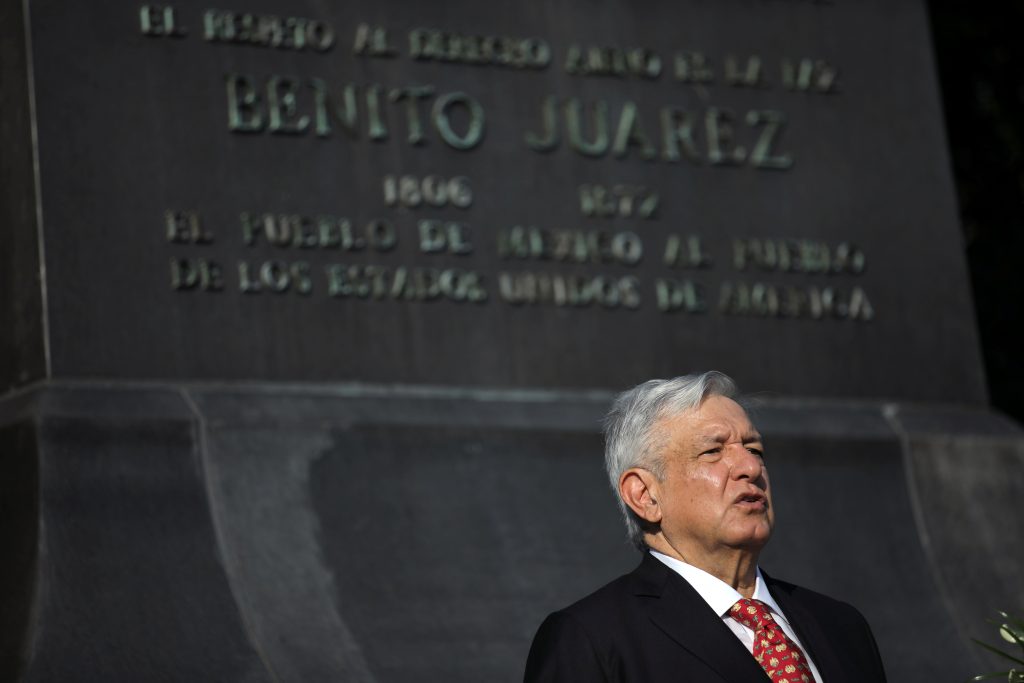 Mexican President Andres Manuel Lopez Obrador meets with his U.S. counterpart, Donald Trump, for the first time on Wednesday, in a potentially awkward encounter that has drawn flak from some Democrats unhappy it is coming so close to the presidential election.

The leftist leader has brushed off criticism at home to push ahead with plans to meet Trump.

The meeting is ostensibly meant to celebrate a new North American trade deal, but friction over illegal immigration and energy investment in Mexico could surface as the two men get together on Wednesday afternoon.

Lopez Obrador is being joined by a delegation of business officials, including Mexico’s richest man, telecoms magnate Carlos Slim. They will dine on Wednesday evening with Trump and American business executives at the White House.

Ongoing Mexican support for Trump‘s immigration policies is likely to feature prominently on the agenda, as well as how to mitigate coronavirus disruptions and keep goods flowing between the neighbors, whose economies are deeply entwined.

It is unclear if Trump will address disputes between U.S. companies and Lopez Obrador’s government, which is rolling back a 2013-14 opening of the energy industry in favor of a state-led model, and has called a number of major contracts into question.

“So, we are certainly hoping that they will keep their word,” the official said in a briefing with reporters.

The trip, Lopez Obrador’s first foreign visit since taking office in late 2018, saw him travel commercially to Washington. One video posted online on Tuesday showed him wearing a face mask and flying coach on a packed plane.

The summit was pitched to mark the July start of the United States-Mexico-Canada Agreement (USMCA), which replaced the North American Free Trade Agreement that Trump has called a “nightmare” that cost American jobs.

But the two-day gathering was scaled back to a single day after Canadian Prime Minister Justin Trudeau declined to join, amid new U.S. threats of tariffs on Canadian goods.