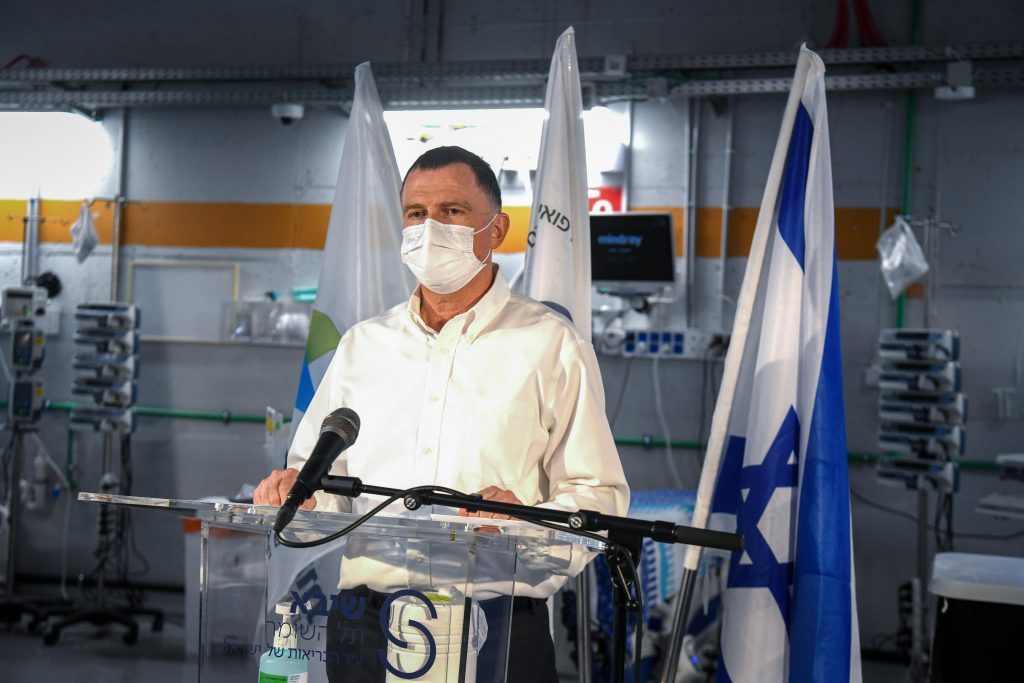 In the rush to try to control a rampaging coronavirus, the Israeli government decided on Monday that steps must be taken immediately, to be ratified by the Knesset later.

Health Minister Yuli Edelstein told the Knesset that a new round of restrictions affecting event halls, shuls, restaurants, gyms, government offices and other places will take effect immediately, even though the measures require parliamentary approval.

The government voted for a draft law for an update of emergency regulations which authorizes it to impose restrictions for health reasons to be made effective immediately even before the Knesset reviews it. The bill was expected to pass the Knesset without delay.

According to the amendment, a Knesset committee will decide whether to approve the measures within seven days, with an extension of up to three days allowed.

In the event approval is not forthcoming within that period, the decisions will be brought to the Knesset plenum as soon as possible.

If the Knesset blocks the government order, the order will automatically expire, The Jerusalem Post explained.

“I don’t discount the hardships of business owners, but we need to remember one thing — we are doing everything we can to put the genie back in the bottle in the hopes that we can continue to live life in the shadow of the coronavirus in a different way,” Edelstein said, according to Ynet.