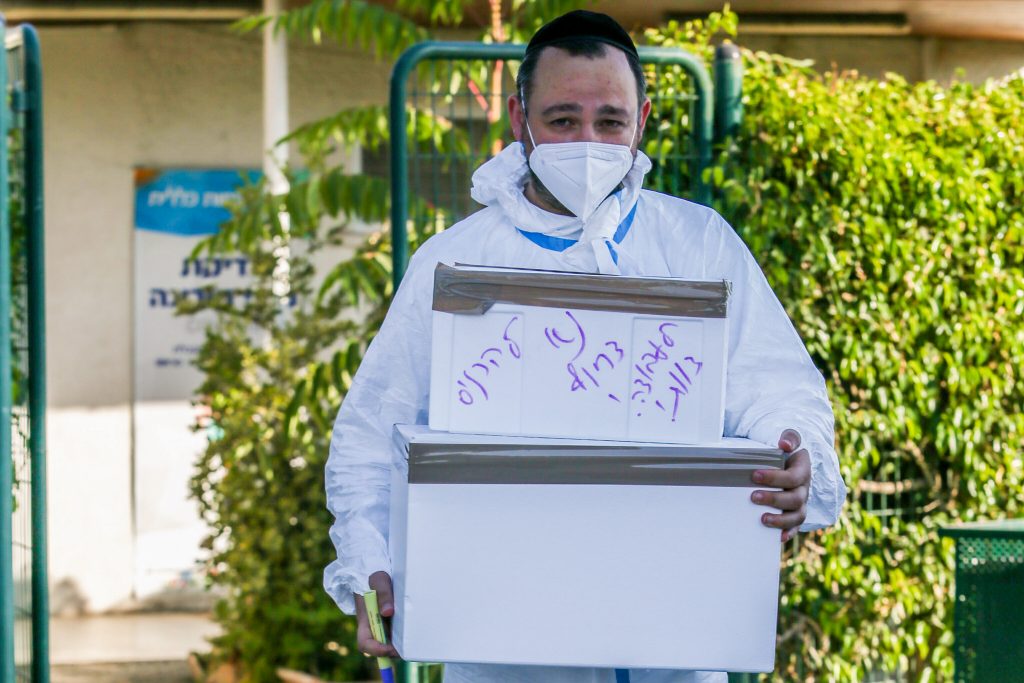 The number of coronavirus cases in Israel continued to climb over the weekend, with 803 new cases reported Sunday morning, as the government and police announced new measures to stem the spread of the virus.

The Health Ministry reported that 11,189 cases are now active. The number patients in serious condition continues to rise, now up to 86, with 29 of them on ventilators.

330 people have succumbed to the disease.

At the beginning of the weekly Cabinet meeting, Prime Minister Binyamin Netanyahu announced that he will reconvene the government soon to make decisions on new measures to curb the coronavirus spread.

The police announced Sunday morning that thousands of police officers will intensify the coronavirus-focused enforcement. Enforcement efforts will extend to public transport and dedicated mission headquarters will be established in all districts.

A statement Sunday from the Health Ministry said “many” messages had been sent to Israelis following the renewed involvement of the Shin Bet in tracking those with the virus. Haaretz reported that more than 30,000 people were notified they must enter quarantine since Thursday.

After imposing strict measures early on during a first wave of infections, Israel appeared to have contained the outbreak, with only a few dozen new cases a day in May. But an easing of restrictions led to a steady uptick in cases over the past month.

“We wanted to continue and open the economy as much as possible but with the amount of infections, which appeared like a very high cliff, it forced us at this point to get involved more aggressively,” Defense Minister Benny Gantz told Army Radio.

With its contact-tracing apparatus struggling to keep up with the mounting caseload, Israel last week redeployed the Shin Bet to use its sophisticated phone surveillance technology to track Israelis who have come in contact with infected people and then notify them that they must enter home quarantine.

While officials have defended the practice as a life-saving measure, civil rights groups attacked it as an assault on privacy rights. Analysts say the measure may act as a dragnet that could needlessly force some into quarantine.

Thousands were ordered into home quarantine, and many complained that they struggled to appeal quarantine orders because the Health Ministry’s hotline was overwhelmed and ill-equipped to handle such a deluge.