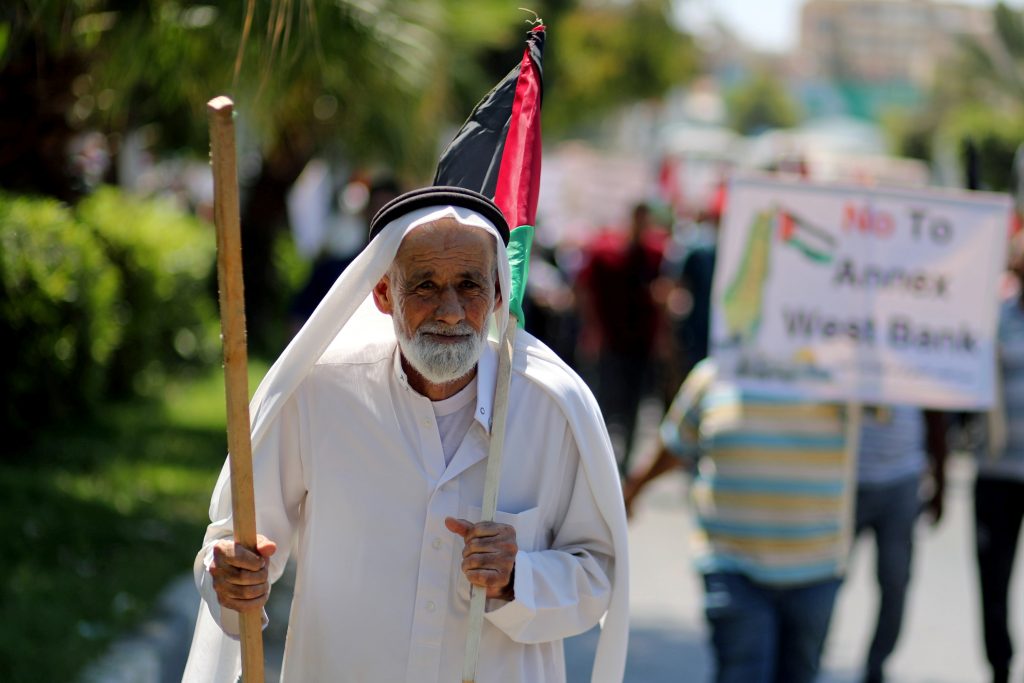 The Israeli government may have taken a day off from its pursuit of annexation, but Palestinians were busy protesting in what they called a “Day of Rage” on Wednesday.

Thousands participated in demonstrations organized by the terrorist organizations that control the Gaza Strip, according to media reports. The Palestinian Authority in Yehuda and Shomron apparently did not issue a general call for people to go out into the streets. However, there were reports of some activity in Ramallah and Jericho.

The Gazans carried Palestinian flags and placards condemning annexation at the gathering in Gaza City. Signs held by protesters call the U.S. peace plan a “declaration of war” on the Palestinian people.

One protester held up a sign saying “We can’t breathe since 1948,” a reference to the George Floyd killing in the U.S.

Several Palestinian leaders told the crowd that “Israeli-American conspiracies would lead to a new Intifada.” Israeli security officials have reportedly been divided over whether that would be a consequence of annexation.

It was noted that the protest was confined mostly to Gaza. “Palestinians in the West Bank are more concerned about the coronavirus than the annexation plan,” Palestinian political analyst Maher al-Sha’er was quoted as saying by The Jerusalem Post.

“That’s why we didn’t see major events in the West Bank in protest of the annexation. In the Gaza Strip, the situation is different because the number of confirmed coronavirus cases is very low.”

The PA announced a five-day lockdown on Shechem, Bet Lechem and Chevron as part of efforts to curb the spread of the coronavirus. The decision came after PA Health Minister Mai al-Kaila announced that 280 new confirmed cases were reported in the past 24 hours, raising the number of Palestinians infected with the disease to 3,045.