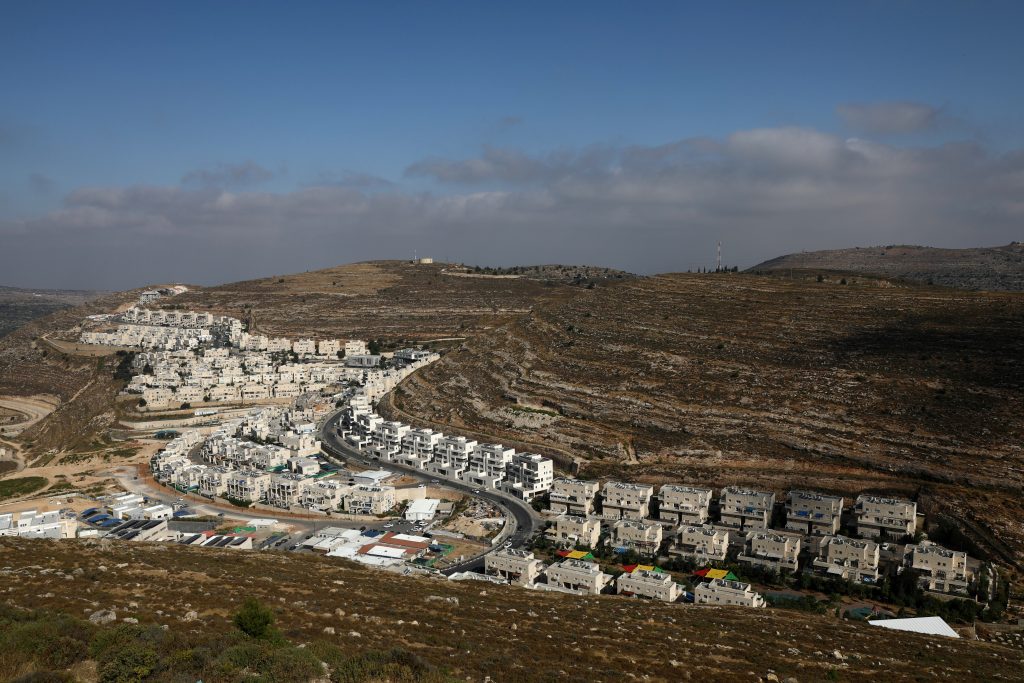 A map purported to represent the Israeli government’s lines of annexation in Yehudah and Shomron and the Jordan Valley was shown by the Kan broadcaster on Tuesday night.

In contrast to earlier versions that have been discussed in recent weeks, this map would provide for enhanced access to Israel proper for some 15 outlying towns, thus addressing one of the main objections raised by critics, that those communities would be isolated in a sea of Palestinians.

The map also shows Arab cities inside Israel, such as Umm al Fahm, being included in the Palestinian entity, a controversial point that Israeli leaders disavowed after it was noticed in the Trump administration’s peace plan. Residents of Umm al Fahm expressed their extreme displeasure at the prospect of coming under the control of the Palestinian Authority or any future state.

There was no official confirmation of the map’s authenticity.