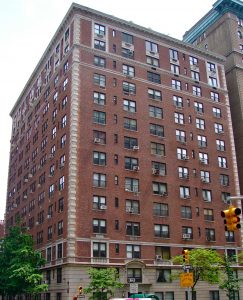 U.S. District Judge Colleen McMahon said in a written decision that the eviction moratorium issued in a series of orders beginning in March does not violate the First Amendment rights of three large landlords who sued the state.

“At bottom, provisions ensure that landlords will be made whole while their tenants are facing extraordinary financial hardships,” McMahon said.

The judge noted that Cuomo’s order, which blocks evictions until Aug. 19, occurred as the United States suffered more than any other country in a world confronting the deadliest pandemic in over a century.

Cuomo, a Democrat, issued orders blocking evictions for three months and allowed tenants to use security deposits toward rent.

But she said there was nothing permanent about the order and it preserves the right of landlords to evict or sue tenants for back rent.

“And, finally, the Order neither reduces the amount a tenant must pay their landlord for occupying the apartments, nor forgives the tenant’s rental obligations altogether, thereby allowing them to live on the landlord’s property rent free,” she wrote.

The judge said the landlords who sued had offered only a “vague allegation that the landlords are owed back rent by some of their tenants” and were not precise enough about security deposit allegations to show there has been a constitutionally significant economic impact.

Lawyers on both sides did not immediately return messages seeking comment.