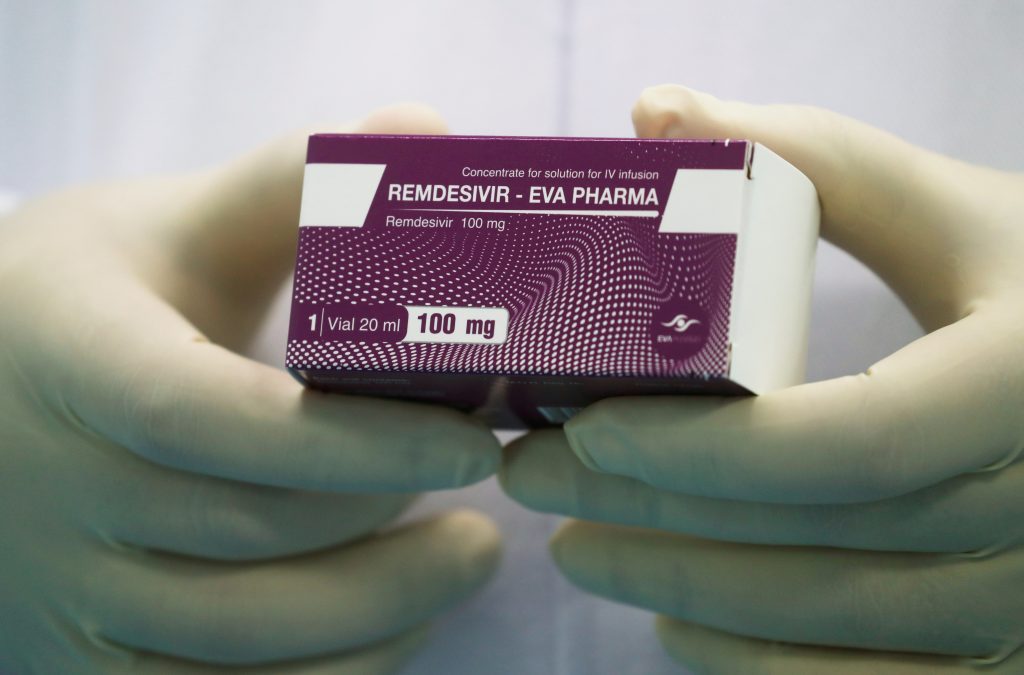 Gilead Sciences Inc has priced its COVID-19 drug candidate remdesivir at $2,340 for a five-day treatment in the United States and some other developed countries, potentially reflecting looming competition from a cheap steroid.

The price tag is below the $5,080 per course recommendation by U.S. drug pricing research group, the Institute for Clinical and Economic Review (ICER), last week.

But it is more in line with a lower range suggested by ICER of around $2,520 to $2,800, if cheap steroid dexamethasone, which is not patent protected, is cleared for use in COVID-19.

Remdesivir is at the forefront of the fight against COVID-19 after the anti-viral treatment helped shorten hospital recovery times in a clinical trial. It has been approved for emergency use in some patients in the United States.

But dexamethasone has since been hailed as a potential breakthrough treatment.

The remdesivir price for U.S. private insurance companies will be $520 per vial, Gilead said, which equates to $3,120 per patient for a treatment course of six vials.

The per-vial price outside of private insurance will be $390, Gilead added.

Analysts at Royal Bank of Canada said they saw revenue potential of $2.3 billion from the drug in 2020, helping offset more than $1 billion in development and distribution costs.

Still, the potential to lift Gilead shares was limited because vaccines and better treatments were on the horizon longer term, they added.

Gilead has entered into an agreement with the U.S. Department of Health and Human Services (HHS), with the agency and states set to manage allocation to hospitals until the end of September.

HHS has secured more than 500,000 treatment courses of the drug for U.S. hospitals through September, the agency said on Monday.

This represents 100% of Gilead’s projected production for July of 94,200 treatment courses, 90% of production in August and September, in addition to an allocation for clinical trials, HHS said.

After this, once supplies are less constrained, HHS will stop managing the allocation, Gilead said.

Remdesivir’s price has been a topic of intense debate since U.S. regulators approved its emergency use in some COVID-19 patients in May. Experts have said Gilead would need to avoid appearing to take advantage of a health crisis for profits.

The European Union’s health-care regulator last week recommended conditional approval of the drug when used in the critically ill. The formal go-ahead by the European Commission is expected to follow soon.

Gilead has linked up with generic drugmakers based in India and Pakistan, including Cipla Ltd and Hetero Labs Ltd, to make and supply remdesivir in 127 developing countries.