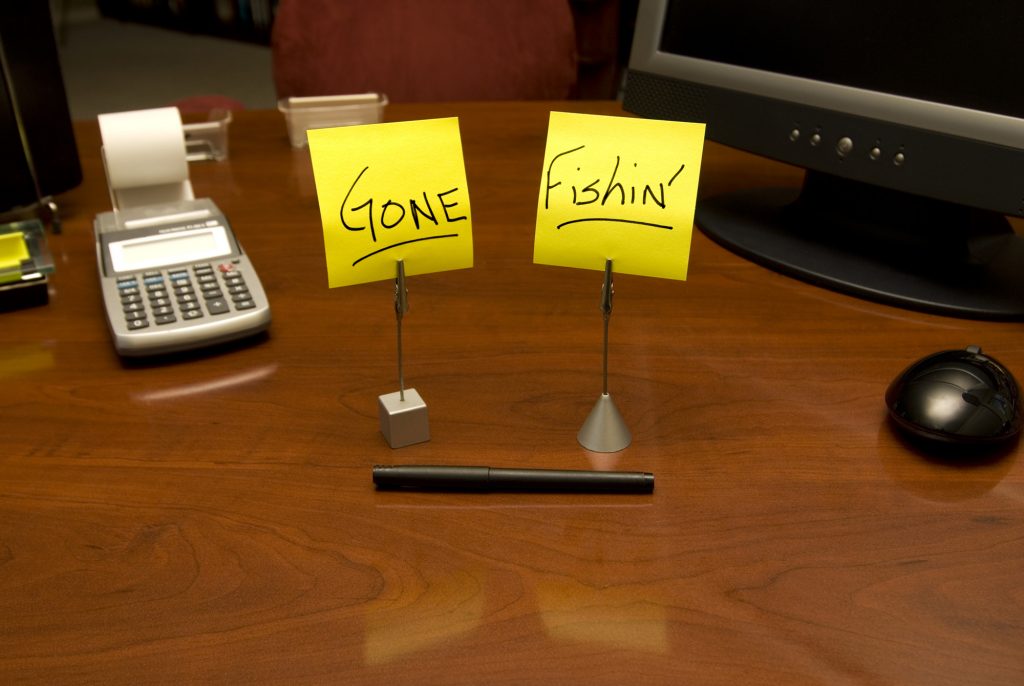 Usually, by mid-year, employees have burned some paid time off on spring break trips or summer getaways.

But with nowhere to get away to during the COVID-19 pandemic, PTO has gone largely unused — and some companies are bracing for an explosion of vacation requests.

“As people slowly get back to the office there could be a PTO bomb whereby everyone will want to take their PTO by year’s end,” said Brian Alcala, an employment attorney with Nixon Peabody who represents management.

“Vacation-hungry” employees with stockpiles of unused leave present a PTO crunch at one end of the spectrum, said Philippe Weiss, president at Seyfarth at Work, which consults companies on workplace issues. At the other end are “PTO-poor” employees who have exhausted their time off due to the pandemic and will be out of luck if an emergency arises before year’s end, he said.

Companies are trying to mitigate the impact by capping the amount of leave employees can take during certain periods, offering to cash out PTO and allowing more vacation days to roll over into next year. Some are setting up programs where employees with excess leave can donate it to those without enough.

Mostly, employers are encouraging workers to take breaks now, not only to fend off a deluge of requests at holiday time but also avoid burnout during a very stressful year.

“Lots of companies have said we’re worried about our employees because no one is taking vacation,” said Carol Slavek, a partner at Aon and work/life leader. “There is a lot of emotion and fear, and we want them to be able to get away and come back to us ready to work.”

At Maestro Health, which administers companies’ self-funded health plans, leadership is encouraging employees to take time off so the business isn’t hit with excessive absences during the busy benefits enrollment time in the fall, said CEO Craig Maloney. It has increased the number of vacation days employees can roll over into the next year to 20 from 15, to give additional flexibility.

Employees have taken off 25% to 30% fewer days so far this year compared to normal years as the pandemic sidelined travel plans and forced everyone to hole up in home offices, Maloney said. That concerns him because working from home often means working longer hours, spending more time in front of screens and feeling the stress of confinement. He doesn’t expect to bring employees back to Maestro’s Chicago office until October.

The company offered employees a paid mental health day in April to encourage them to unplug, and is closing half a day early this Thursday so people can get a head start on the holiday weekend.

“What we want to do is communicate with teammates and urge them to take time off to destress and decompress,” Maloney said. “We need to model the right behavior when it comes to days off.”

At the Nerdery, a digital business consultancy with offices in Chicago, the amount of PTO taken so far this year is down about 25% compared with normal years, said Cassi Hansen, vice president of people operations.

Some employees don’t want to take vacation when there is nowhere to go, but the company is urging people to take summer breaks to recharge. With her own family’s annual summer camping trip canceled, Hansen is opting instead for long weekends or intermittent days off to spend quality time with her family.

“I sit at home with my kids 24-7, but they haven’t been getting my full attention,” said Hansen, whose office likely won’t bring people back until September. “I’m using that time to focus on family and be deliberate with time we are spending together.”

For some workers, insufficient leave is a greater concern than managing a surplus.

Many more employers have offered to move people to flexible working schedules so they can juggle work and childcare obligations. Others are relaxing rigid counts of PTO days and giving people what they need if a COVID-19-related emergency arises.

“If someone really needs time off and employers can do it, we are encouraging them to just give the paid leave,” said David Baron, an attorney with Hogan Lovells who represents management in employment cases. “If they can’t do paid leave, they can offer job-protected unpaid leave.”

The various tacks employers are taking to address the surfeit and deficit of PTO have hurdles of their own.

Some are giving priority to vacation requests from essential employees who have had to show up to work through the pandemic, Baron said. The danger there is running afoul of anti-discrimination laws, which protect certain classes of people based on race, gender, age and other characteristics, so they must be careful to apply the policy consistently, he said.

A third of companies surveyed by Aon said they were allowing more vacation days to roll over to give people more time to use them. JP Morgan Chase, which usually allows people to roll over five days that they can use by end of March of the following year, is doubling the allotment to 10 days and extending the deadline to end of June.

Employers have to carry that liability on their books and there is a cost if there is turnover, Aon’s Slavek said. Employees must be paid out for unused paid time off they have accrued, so the more days carried over the bigger payout if someone leaves.

Some employers worried about managing a rush of absences are considering buying back employees’ leave, but that is also costly, Slavek said. It tends to only make sense when a company already has to pay someone to fill in for a worker on vacation.

“Employers are toying with that idea but the expense of it is causing them to turn away,” Slavek said.

West Monroe Partners introduced a summer leave program that allows people take up to the 10 weeks of unpaid time off, with benefits, so they can take the time to drive to visit family during the pandemic. It’s been especially important to employees who live alone. Five% of employees have taken advantage of it.

With uncertainty over how schools will open in the fall, Stelter anticipates more time off needs. The company plans to continue being flexible through the end of the year.