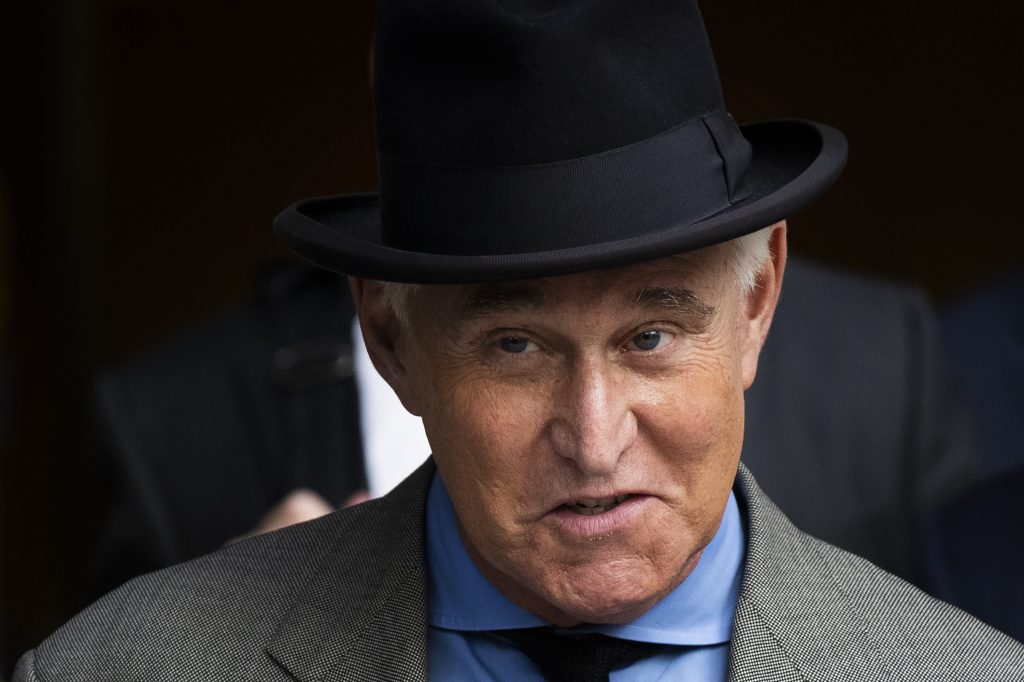 A federal judge is giving Roger Stone, a longtime ally and confidant of President Donald Trump, an additional two weeks before he must report to serve his federal prison sentence.

U.S. District Judge Amy Berman Jackson’s ruling on Friday comes days after Stone asked the court to allow him to put off serving his more than three-year sentence until September, citing coronavirus concerns.

Stone was convicted in November on all seven counts of an indictment that accused him of lying to Congress, tampering with a witness and obstructing the House investigation into whether the Trump campaign coordinated with Russia to tip the 2016 election.

Stone was scheduled to surrender at FCI Jesup, a medium-security federal prison in Georgia on June 30. Stone had asked for a delay in the date of his surrender until Sept. 3 because of concerns that coronavirus had spread rapidly in federal prisons across the U.S. There have been no reported coronavirus cases at FCI Jesup and more than two dozen inmates who had been awaiting test results this week had all tested negative, federal prosecutors said.

Prosecutors did not oppose Stone’s request for the delay but said that was only because the Justice Department’s current policy is to not oppose such requests for a delay of up to 60 days.

Stone will also be placed on home confinement before he surrenders, in part because of “the strong medical recommendation” submitted by his defense lawyers, the judge wrote in her order. The home confinement would be monitored by court officials before Stone is required to surrender at the prison on July 14.

“This will address the defendant’s stated medical concerns during the current increase of reported cases in Florida, and Broward County in particular, and it will respect and protect the health of other inmates who share [the] defendant’s anxiety over the potential introduction and spread of the virus at this now-unaffected facility,” Berman Jackson wrote.

Stone was the sixth Trump aide or adviser to be convicted on charges brought as part of Special Counsel Robert Mueller’s investigation into Russian interference in the 2016 U.S. presidential election.

Before his Feb. 20 sentencing, the Justice Department leadership backed away from its initial recommendation just hours after President Trump tweeted his displeasure at the recommendation of up to nine years in prison, saying it had been too harsh. The move led to a brief flare-up between Attorney General William Barr and President Trump.

Aaron Zelinsky, a career Justice Department prosecutor who was part of Mueller’s team and worked on the case against Stone, told the House Judiciary Committee this week that Stone was treated differently before his sentencing because of his relationship with the President.

Stone was sentenced to serve more than three years in prison, plus two years’ probation and a $20,000 fine.