Hamodia is saddened to report the passing of Rav Avraham Yechezkel Buch, z”l, who was niftar on Sunday after being ill for several weeks.

Rav Buch was born in Yerushalayim on 18 Teves, 5697/January 1, 1937. His parents, Rav Yaakov Zev, z”l, and Esther, a”h, were considered from the prestigious families of the city.

Rav Avraham Yechezkel had a close relationship with the Bais Yisrael of Ger, zy”a, was considered one of his most devoted chassidim, accompanying the Bais Yisrael and serving him faithfully during the his entire life. Indeed even after the passing of the Bais Yisrael, he would visit the kever and light a ner tamid every Motzaei Shabbos. In the subsequent years, he was honored by the Pnei Menachem of Ger, zy”a, for his benevolence.

He supported many indigent families in Eretz Yisrael, and his house on Rechov Nechemia was open to all. He was recognized as part of the fabric of Yerushalayim, travelling nearly every day to daven by the Kosel with his head down and a Tehillim in hand.

In 5757/1997, he relocated to Boro Park, where he became a regular mispallel in the Gerrer shteible on 18th Avenue and 48th Street, where the levayah is scheduled for Sunday afternoon at 4:15. The aron will be flown to Eretz Yisrael for kevurah.

Rav Avraham Yechezkel, z”l, leaves a family of sons, daughters, and sons-in-law who follow in his path. 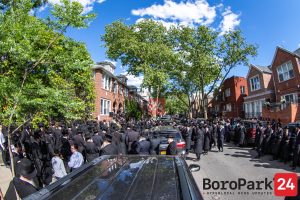 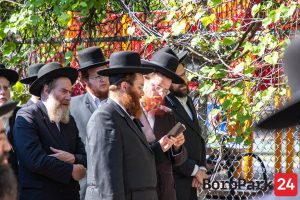 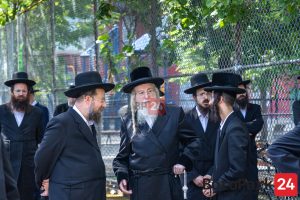