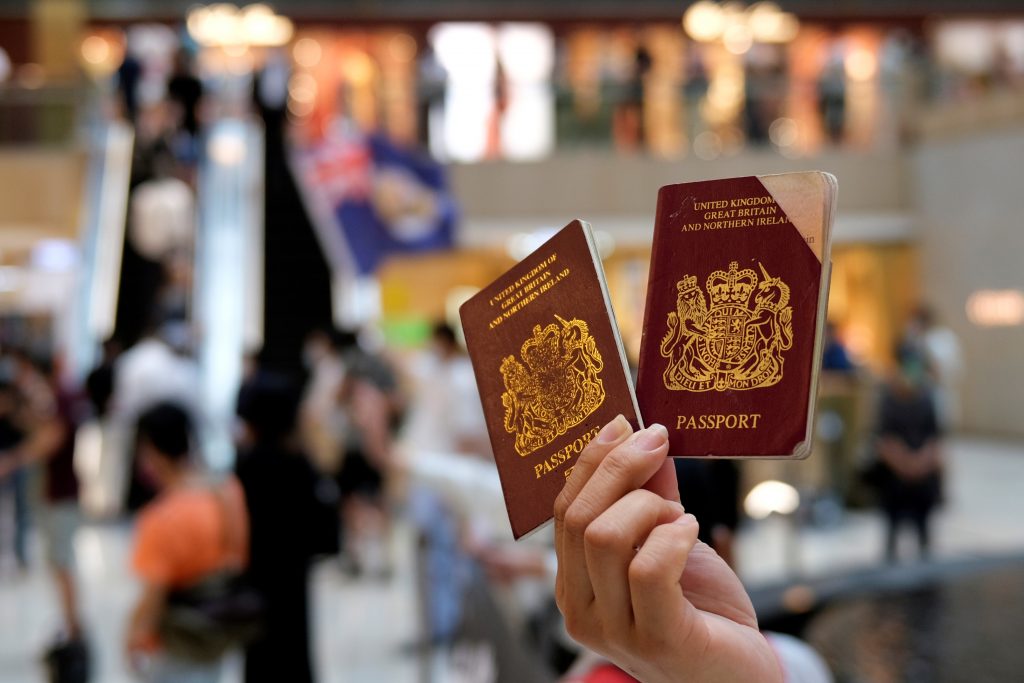 When Ming Wong saw that Britain was prepared to offer extended visa rights and a “path to citizenship” for British National Overseas (BNO) passport holders in Hong Kong, she seized the moment and reapplied for her lost passport.

Beijing’s push to impose national security laws in the former British colony has stoked worry about its future and prompted Britain to offer refuge to almost 3 million Hong Kong residents eligible for the passport.

“I started filling out the applications in December after the protests, but it’s the national security legislation now that really prompted me to finish the process,” said 39-year-old Wong who has two small children.

Her husband, brother and parents are also applying, she said.

The BNO passport was created for Hong Kong people before Britain returned the territory to Chinese rule in 1997. Though they are British passports that allow a holder to visit Britain for six months, they do not come with an automatic right to live and work there.

But British Foreign Minister Dominic Raab said the six-month limit could be removed if China imposed its national security legislation on the city.

Beijing and Hong Kong authorities reject criticism of the legislation, which they say is aimed at tackling sedition, secession, terrorism and foreign interference, and insist the city’s high degree of autonomy will remain intact under the “one country, two systems” formula established in 1997.

The formula guarantees freedoms, including the right to protest and an independent judiciary, not seen on the mainland. But Beijing’s insistence on its national security laws has thrown the future of those freedoms into question.

“The national security law is about to be implemented but the details have not yet been confirmed so I want to apply for it before anything happens,” said Don Wong, 35, who works in a government organization, as he queued outside a courier company to send his BNO renewal application to Britain.

But even before China announced its plan for the security law, there was a surge of renewals of BNO passports, highlighting what many Hong Kong people see as an urgency to secure a back-up plan.

According to figures obtained by the Mingpao newspaper from the British Passport Office, BNO renewal applications increased in the second half of last year, amid sometimes violent antigovernment protests, with the number totaling more than 120,000 in 2019 compared with about 14,000 in 2017 and 2018.

The Passport Office did not immediately respond to a request for comment.

Immigration consultants have reported a rush of inquiries about moving away from Hong Kong since China’s announcement on May 21.

“Last week alone, the number of inquiries surged to about 100 a day,” said Swing Wong, a director the Midland immigration consultancy, from about 50 a day earlier this year.

“Most people who inquire about the U.K. think it would be a safety net for their children,” said Ivan Yam, director of immigration consultant Golden Emperor Properties.

“Many people in Hong Kong are really interested in such a scheme,” he said of the possibility of extended visa rights for the BNO passport.

“No country offers a faster way of immigration.”