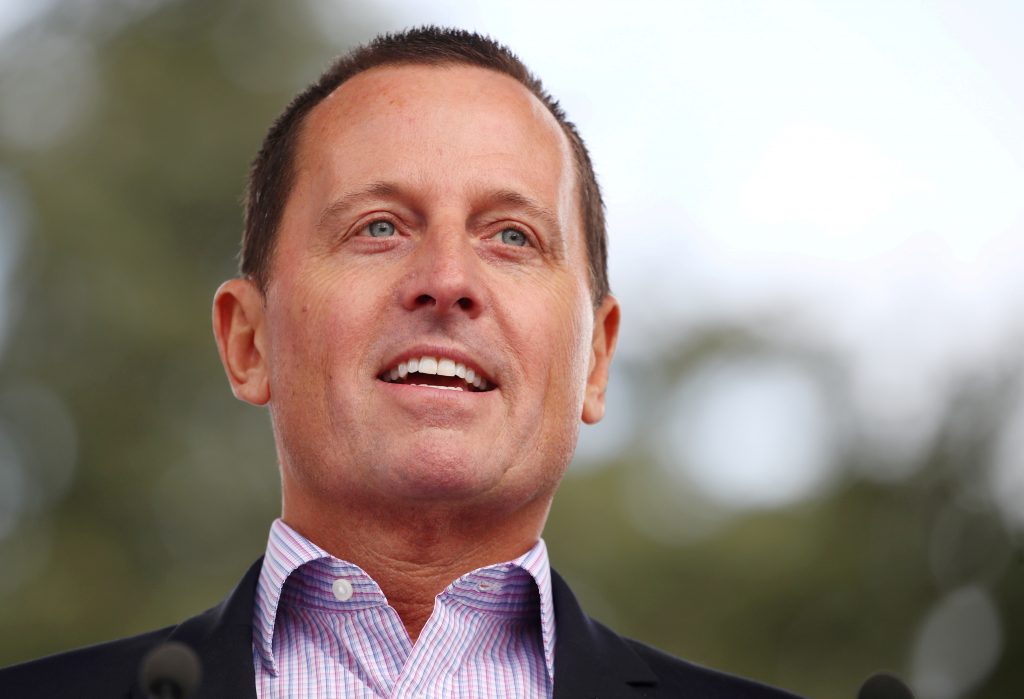 U.S. Ambassador to Germany Richard Grenell is planning to step down in the coming weeks after little more than two years in the job, German news agency dpa reported on Sunday, without saying where it obtained the information.

Robin Quinville, deputy chief of mission at the embassy, is expected to replace Grenell on an interim basis, the report said.

The news comes only days after the U.S. Senate confirmed Representative John Ratcliffe, like Grenell a staunch political ally of President Donald Trump, as the permanent director of National Intelligence (DNI).

An embassy spokesperson declined to comment on the dpa report.

“It is our policy not to comment on travel or schedules, but Ambassador Grenell has continued to actively engage on Administration priorities on Germany while serving as the acting director of National Intelligence,” the spokesperson said.

“As we said when he was appointed to that role, we continue to aggressively pursue key policy objectives as part of a whole-of-government approach.”

Grenell, who also serves as special envoy for peace talks between Kosovo and Serbia, did not immediately respond to a separate email sent by Reuters.