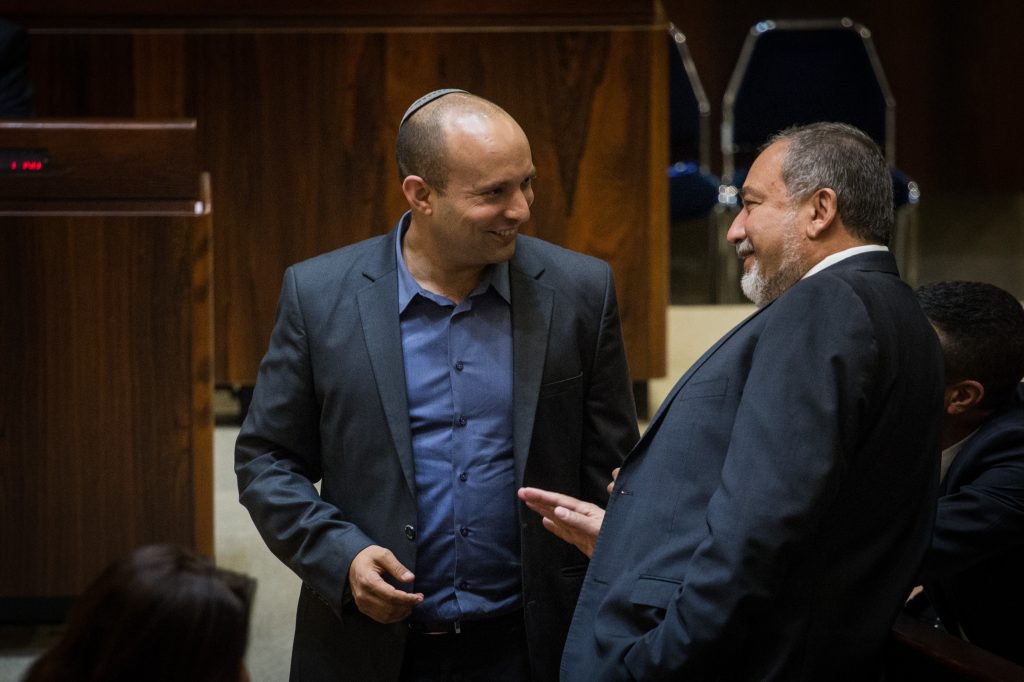 A report on Kan Reshet Bet on Thursday suggested that Yisrael Beytenu and the Yamina parties have decided to join forces against the Joint List in the opposition. The two parties have 12 seats between them, compared to the 15 seats held by the Joint List. According to the report, with this move, the two rightwing parties will attempt to prevent the Joint List from taking any initiatives that are not to their liking, and will also try to be appointed to committees on which opposition MKs are permitted to sit.

The two parties will also try to advance various rightwing proposals in an attempt to embarrass the Likud from the opposite direction, such as those related to sovereignty in Yehudah and Shomron.

However, Yamina was quick to issue a denial to the report, saying that no alliance was made between their party and Yisrael Beytenu.

“Yisrael Beytenu has become a symbol of hatred of Judaism, the religious and chareidim, and it is the reason that Israel was taken to three rounds of elections. The party also prevented the establishment of a rightwing government.

“We have no intention of supporting this party in the opposition,” said Yamina.