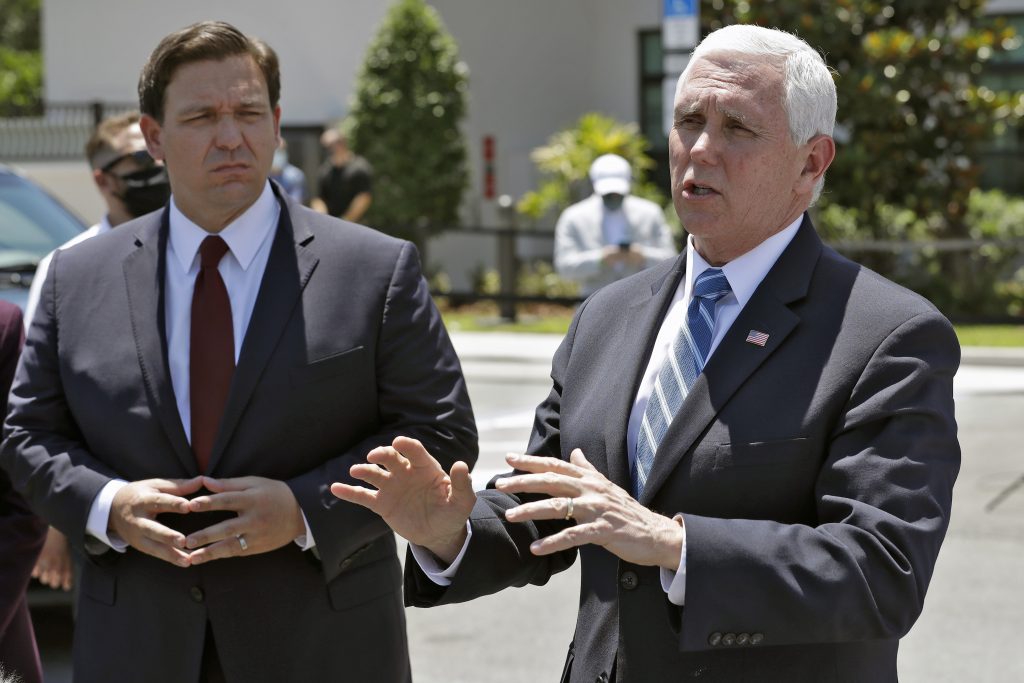 During his trip to Orlando, Pence was also scheduled to talk to the governor and drop off protective equipment at a nursing home as tourism, the state’s biggest industry, continued taking steps toward reopening.

Some third-party shops at the Disney Springs complex opened Wednesday with new requirements and restrictions. All worker, and visitors older than 2 must wear masks, temperatures will be checked at entrances to keep out anyone with a temperature higher than 100.4 and a limited number of people will be admitted to allow social distancing at the high-end outdoor shopping area with restaurants, and a bowling alley.

Walt Disney World and its crosstown rivals, Universal Orlando and SeaWorld, have been closed since mid-March in an effort to stop the spread of the new coronavirus. Officials haven’t said when theme parks and hotels at the resorts will reopen.

Florida’s tourist-reliant economy was crippled this spring with the closures of the theme parks, beaches, convention centers and hotels. More than 2 million Floridians have filed jobless claims in a state with a 10 million-person workforce before the pandemic.

Critics of the Trump administration called the vice president’s visit “too little too late.”

“It’s not enough to show up for a photo op two months later,” said Terrie Rizzo, chairwoman of the Florida Democratic Party in an online news conference with reporters on Tuesday.