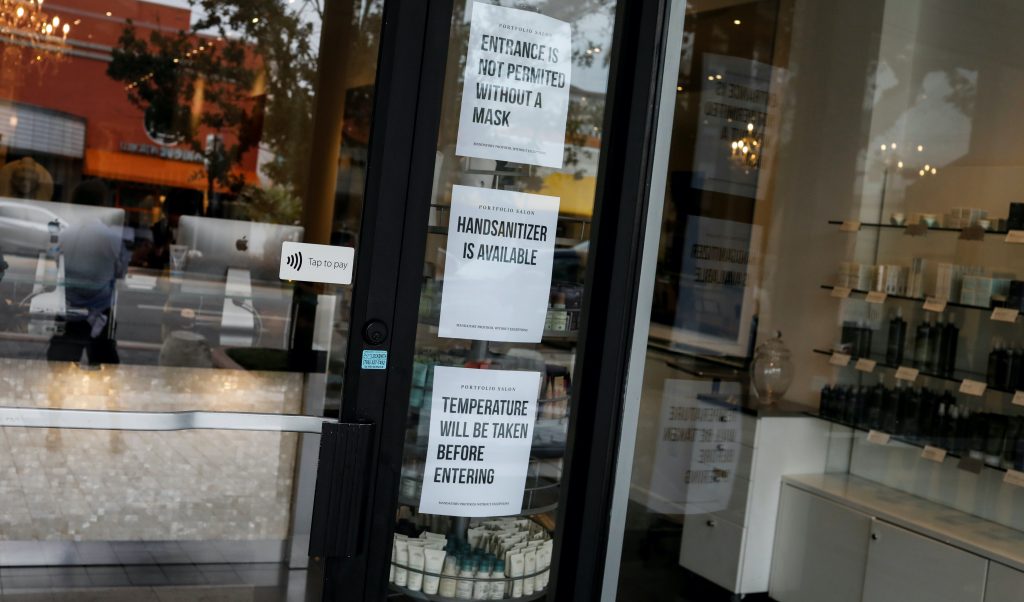 As large parts of the U.S. ease their lockdowns against the coronavirus, public health officials in some states are being accused of bungling infection statistics or even deliberately using a little sleight of hand to make things look better than they are.

The result is that politicians, business owners and ordinary Americans who are making decisions about re-openings and other day-to-day matters risk being left with the impression that the virus is under more control than it actually is.

In Virginia, Texas and Vermont, for example, officials said they have been combining the results of viral tests, which show an active infection, with antibody tests, which show a past infection. Public health experts say that can make for impressive-looking testing totals but does not give a true picture of how the virus is spreading.

In Florida, the data scientist who developed the state’s coronavirus dashboard, Rebekah Jones, said this week that she was fired for refusing to manipulate data “to drum up support for the plan to re-open.” Calls to health officials for comment were not immediately returned Tuesday.

In Georgia, one of the earliest states to ease up on lockdowns and assure the public it was safe to go out again, the Department of Public Health published a graph around May 11 that purportedly showed new COVID-19 cases declining over time in the most severely affected counties. The entries, however, were not arranged in chronological order but in descending order.

Georgia state Rep. Jasmine Clark, a Democrat with a doctorate in microbiology, called the graph a “prime example of malfeasance,” adding: “Science matters, and data manipulation is not only dangerous, but leads to distrust in our institutions.” Democratic state Rep. Scott Holcomb likewise called the department’s presentations “purposely misleading.”

Georgia Gov. Brian Kemp’s office denied there was any attempt to deceive the public.

Guidelines from the Trump administration say that before states begin re-opening, they should see a 14-day downward trend in infections. However, some states have re-opened when infections were still climbing or had plateaued. States have also been instructed to expand testing and contact tracing.

The U.S. has recorded 1.5 million confirmed infections and over 90,000 deaths.

Vermont and Virginia said they stopped combining the two types of tests in the past few days. Still, health officials in Virginia, where Democratic Gov. Ralph Northam has eased up on restrictions, said that combining the numbers caused “no difference in overall trends.”

In Texas, where health officials said last week that they were including some antibody results in their testing totals and case counts, Republican Gov. Greg Abbott said Monday that the numbers are not being commingled. Health officials did not respond to requests for clarification.

Georgia’s Department of Public Health also regularly publishes a graph that shows cases over time, except new infections are not listed on the day they came back positive, which is the practice in many other states. Instead, Georgia lists new cases on the day the patient first reported symptoms.

That practice can shift the timeline of the outbreak and make it appear as if the state is moving past the peak.

Kemp spokesperson Candice Broce insisted that the governor’s office is not telling the department what to do and that officials are not trying to dress up data to make Kemp look better, saying that “could not be further from the truth.”

As for the May 11 graph, Broce said public health officials were trying to highlight which days had seen the highest peaks of infections. “It was not intended to mislead,” Broce said Tuesday. “It was always intended to be helpful.”

Thomas Tsai, a professor at the Harvard Global Health Institute, said the way Georgia reports data makes it harder to understand what the current conditions are, and he worries that other states may also be presenting data in a way that doesn’t capture the most up-to-date information.

In other developments, the White House scrambled to defend President Donald Trump’s decision to use the malaria drug hydroxychloroquine to fend off the coronavirus. The drug is unproven against the virus, and the president’s move spurred fears that many Americans might start using the medication, which carries potentially fatal side effects.

White House press secretary Kayleigh McEnany emphasized that “any use of hydroxychloroquine has to be in consultation with your doctor.”

More than 4.8 million people worldwide have been confirmed infected by the virus, and about 320,000 deaths have been recorded, according to a tally by Johns Hopkins University that experts believe is too low.

Russia and Brazil are now behind only the United States in the number of reported infections, and cases are also spiking in such places as India, South Africa and Mexico.

New hot spots emerged Tuesday in Russia, and the country recorded nearly 9,300 new infections in 24 hours, bringing the total to almost 300,000, about half of them in Moscow. Authorities say over 2,800 people with COVID-19 have died in Russia, a figure some say is surely higher.

President Vladimir Putin’s approval rating has sunk to 59%, the lowest in the two decades he has been in power, Russia’s independent pollster Levada Center reported. The plunge reflects growing mistrust and uncertainty among Russians, Levada said.

Some experts argue Russian authorities have been listing chronic illnesses as the cause of death for many who tested positive for the virus. Officials angrily deny manipulating statistics, saying Russia’s low death toll reflects early preventive measures and broad screening. Nearly 7.4 million tests have been conducted in the country of 147 million people.

Cases are still rising across Africa, where all 54 nations have seen confirmed infections for a total of over 88,000 cases and 2,800 deaths, according to the Africa Centers for Disease Control and Prevention.

South Africa has the highest number of cases at over 16,400, with nearly 290 deaths. Infections have increased dramatically in Cape Town and the surrounding Western Cape Province, which now accounts for 61% of South Africa’s total.

Latin America has seen more than 480,000 confirmed coronavirus cases and about 31,000 dead. The highest number of cases is in Brazil, which became the world’s third worst-hit country Monday with more than 250,000 infections, despite limited testing. Hospital officials reported that more than 85% of intensive care beds are occupied in the states of Rio de Janeiro and Sao Paulo.

India has seen more than 4,000 new cases in the past day and is contending with major spikes in infection since it eased its lockdown.