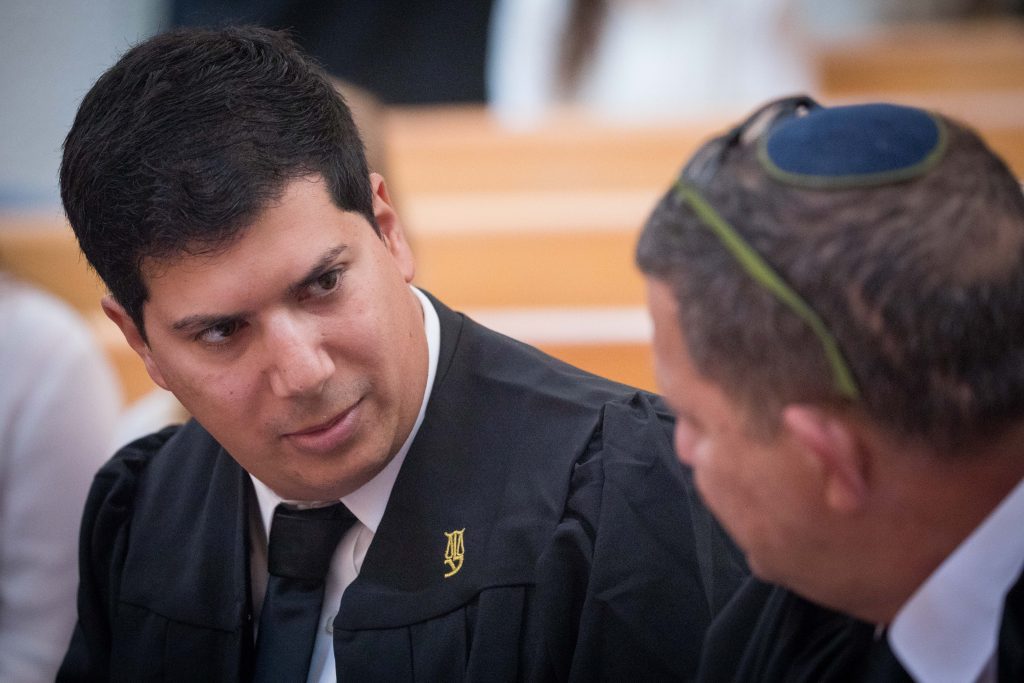 Israeli Prime Minister Binyamin Netanyahu’s lawyers ‏‏were fuming over the prosecution’s insistence on his appearance at the first day of hearings in his trial, saying it was politically motivated.

“This is a technical hearing and there is no need for the prime minister to be present in the courtroom,” they asserted. “The response of the prosecution serves the media hunt to display a photo of Prime Minister Netanyahu on the defendant’s bench, as part of the continued campaign of ‘just not Bibi,’” they said, referring to the prime minister’s nickname.

The statement followed media reports that he was planning to request permission to skip the opening day, though apparently he has not yet made a formal request.

The prosecution said the law requires a defendant to be present for his arraignment hearing, where he must personally plead innocent or guilty.

Netanyahu lawyer Amit Hadad rejected the description “arraignment hearing,” which he said would focus on technical documentation and witness-related details, which do not require the PM’s being there.

Yehudit Tirosh, the Tel Aviv Economic Crimes Division director, who preempted the request, said it was important for the public’s faith in and respect for the legal process that the Prime Minister attend in person.

It was not clear whether Netanyahu’s lawyers would pursue the matter any further.

Many top public officials have skipped the first technical hearing of their trials in the past. The substantive trial, with taking of testimony, is not expected begin for at least another three months.

Netanyahu will have to attend whenever he is called as a witness.