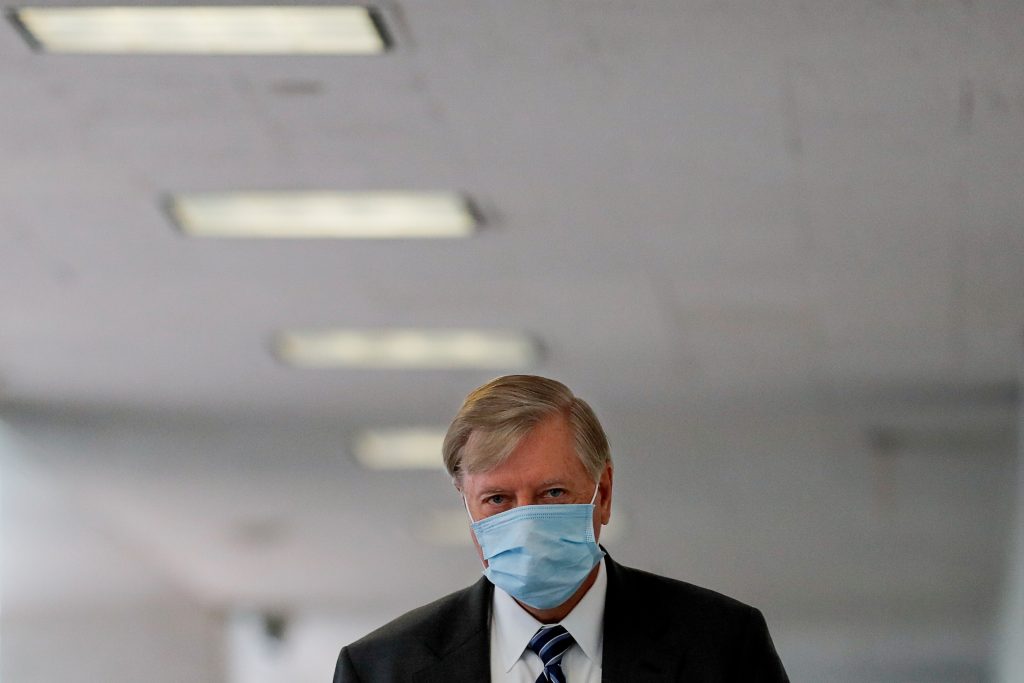 A leading U.S. Republican senator proposed legislation on Tuesday that would authorize the U.S. president to impose far-reaching sanctions on China if it fails to give a full account of events leading to the outbreak of the novel coronavirus.

Senator Lindsey Graham, a close ally of President Donald Trump, said he was convinced that had it not been for “deception” by China’s ruling Communist Party, the virus would not be in the United States, where it has now killed more than 80,000 Americans.

Graham said China had refused to allow investigators to study how the outbreak started and added in a statement: “I’m convinced China will never cooperate with a serious investigation unless they are made to do so.”

Trump critics, including some former officials, academics and columnists, have said that while China has much to answer for, the U.S. administration appears to be seeking to deflect attention from what they see as a slow U.S. response to the crisis.

Graham said his “COVID-19 Accountability Act” would require the president to make a certification to Congress within 60 days that China had “provided a full and complete accounting to any COVID-19 investigation led by the United States, its allies or U.N. affiliate such as the World Health Organization.”

It would also require certification that China had closed all “wet markets” that can expose humans to health risks, and released all Hong Kong pro-democracy advocates arrested in post-pandemic crack-downs.

The bill would authorize the president to impose a range of sanctions, including asset freezes, travel bans and visa revocations, as well as restrictions on loans to Chinese businesses by U.S. institutions and banning Chinese firms from listing on U.S. exchanges.

The legislation was co-sponsored by eight other Republican senators.

China’s Washington embassy did not respond to a request for comment, but Beijing has insisted it has been transparent about the outbreak, which began in the Chinese city of Wuhan.

Trump and his Republican backers have repeatedly accused Beijing of failing to alert the world to the severity and scope of the outbreak, which has sparked a worldwide economic contraction and threatened his November re-election chances.

Democratic Senator Tim Kaine, whose party controls the House, said things “definitely went wrong in China” but there was a need to look at the full story and the Trump administration should not escape scrutiny.

“Let’s get the story out on the table first and see what everybody’s part of this problem was, to fix it going forward, and then we can decide about accountability,” he told an event hosted by Washington’s Meridien Center.

A Democratic House aide said China continued to hide the facts about the pandemic and there should be a full-scale international effort to account for what has happened.

But the source, who spoke on condition of anonymity, charged that the U.S. State Department had ignored multiple deadlines to share with Congress information on the virus’ origins.

“If the administration wants Congress to act, they should stop stonewalling and show us the ‘evidence’ they claim to have,” the aide said.

The U.S. national security adviser, Robert O’Brien, and Larry Kudlow, the national economic adviser, warned on Monday against investment of federal retirement dollars in Chinese firms given “the possibility of future sanctions will result from the culpable actions of the Chinese government” over the coronavirus.

U.S. Secretary of State Mike Pompeo has also hinted at future sanctions on China for the devastation caused to the global economy and human life.