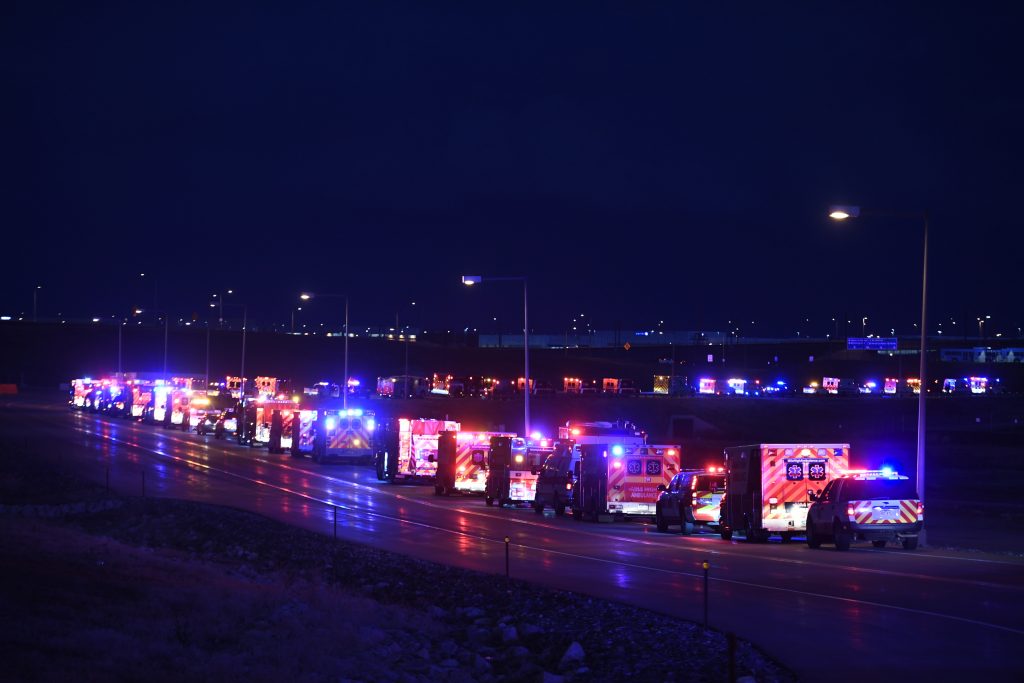 A retired Colorado paramedic who died from the coronavirus after volunteering to help combat the pandemic in New York City was honored Sunday as his body was returned to Denver.

Paul Cary, 66, who worked 32 years as a firefighter paramedic in the Denver suburbs, died April 30, a month after he began working in New York. He was part of a wave of out-of-state medical technicians, doctors and nurses who came to the city to help relieve a health-care system being overwhelmed by the virus.

Gov. Jared Polis said Cary had “heroically” served his community and country and traveled thousands of miles to help others.

A large procession of fire trucks, EMS and other emergency vehicles drove from the airport after Cary’s body was returned Sunday night.

“He risked his own health and safety, and stepped up to do what he could,” Polis said in a statement. “I can never express just how grateful I am for people like Paul, and all our emergency responders who are on the front lines of this virus.”

When he volunteered, Cary was working with a private ambulance company, Ambulnz, from which 75 employees had volunteered to work in New York, according to Ambulnz spokesman Josh Weiss.

Cary responded from a location in the Bronx to calls ranging from patient transfers to 911 calls. He was planning to stay for a second, one-month tour before he got sick, Weiss said. He spent his final days on a ventilator at Montefiore Medical Center, Weiss said.