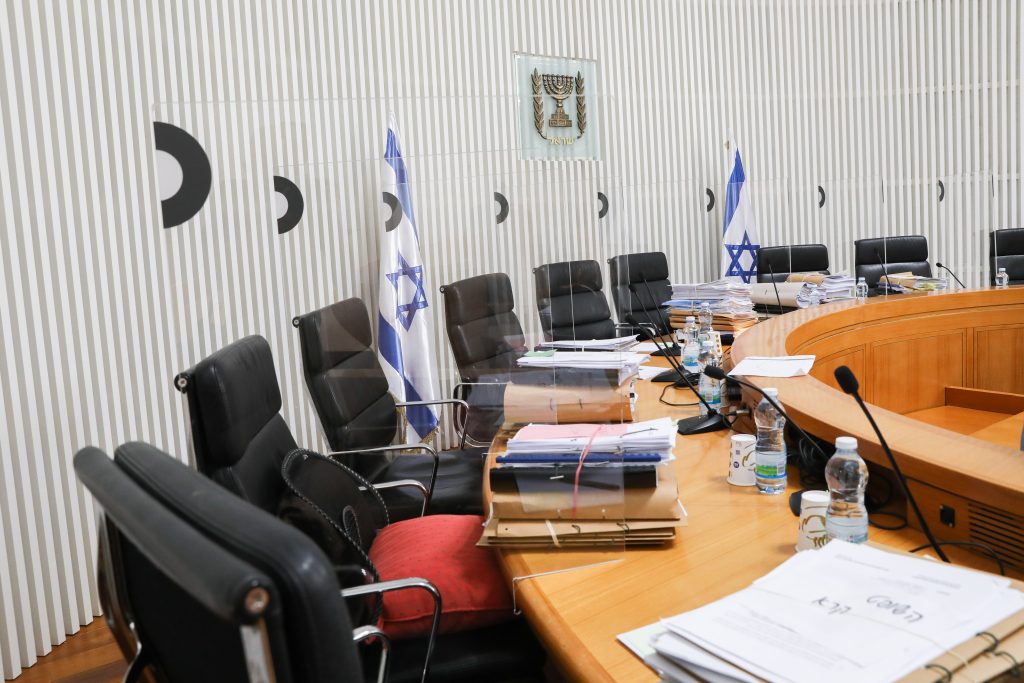 High Court judges expressed skepticism about petitions to prevent Israeli Prime Minister Binyamin Netanyahu‏‏ from forming a government due to being under criminal indictment, suggesting they will not intervene in the matter.

During the hearings on Sunday, Chief Justice Esther Hayut put the question bluntly: “Show us something! A law! A verdict! From this country’s [history]! From [somewhere else] in the world! Something! After all, [you’re asking us to set] a global precedent! You want us to rule without a basis simply according to your personal opinion?” she asked, while deputy chief justice Hanan Melcer nodded head in agreement, according to The Times of Israel.

Petitioner Eliad Shraga of the Movement for Quality Government argued on moral, not legal grounds, saying; it is “unconscionable that a man [under indictment] will go in the morning to court to sit in the dock and in the evening will manage the security cabinet and send us and our children to battle.”

For the anti-Netanyahu forces, that may be enough, but the judges asked for something more solid to pin it on, at times echoing the very arguments of PM Netanyahu’s right-wing constituency.

Challenging Shraga, Justice Solberg said, “You are ignoring the will of two million voters” for Netanyahu; to which Shraga replied that his petition is based on “ethics and law,” not politics. He did, however, claim that a previous ruling to bar ministers from serving while under indictment should apply to a prime minister attempting to form a government, even though there exists no precedent in the latter case.

The Likud told the Court that “the entire process” of selecting a prime minister, from election day to the MKs’ recommendations to the presidential appointment, “is a constitutional process, not an administrative one. It’s inappropriate for the court to intervene in the constitutional judgment of the people and the members of Knesset.”

Avital Sompolinsky, speaking for the Knesset legal department, said the court should “adopt the view that it can enter this sensitive and deeply politicized arena only in the most extreme cases.”

“This decision is so political and complex, touching on the relationship between the Knesset and the government,” she said.

Lawyer Daphna Holech-Lechner, representing over 100 hi-tech officials also petitioning to disqualify Netanyahu, said, “We are falling into a dark black hole” which is “destroying the rule of law,” adding, “We have been in this situation for months with danger” and awful attacks on the rule of law.

“I don’t think Knesset members at the time of the amendment of the Basic Law [regarding when a prime minister must resign] ever would have imagined where we are with” the public and the Knesset endorsing a man indicted for bribery to be prime minister.

The maximum panel of 11 judges, convened due to the gravity of the issues, did not seem persuaded by the petitioners’ arguments, according to media reports.

A statement disparaging Netanyahu personally drew a sharp response from the Likud party:

“The arrogance of Eliad Shraga in calling the Prime Minister a ‘creature’ is simply astounding, considering that this is a person who is responsible for saving the lives of thousands of Israelis during the current coronavirus epidemic,” the statement read. “This is just one more reason why his delusional petitions should be treated with the contempt they deserve.”

A second day of hearings is scheduled for Monday, and the Court’s decision by Thursday, when the Knesset mandate to designate a prime minister runs out and a fourth round of elections would ensue.