National Dr. Birx Defends Trump: ‘It Bothers Me That This Is Still in the News’
CoronavirusNational 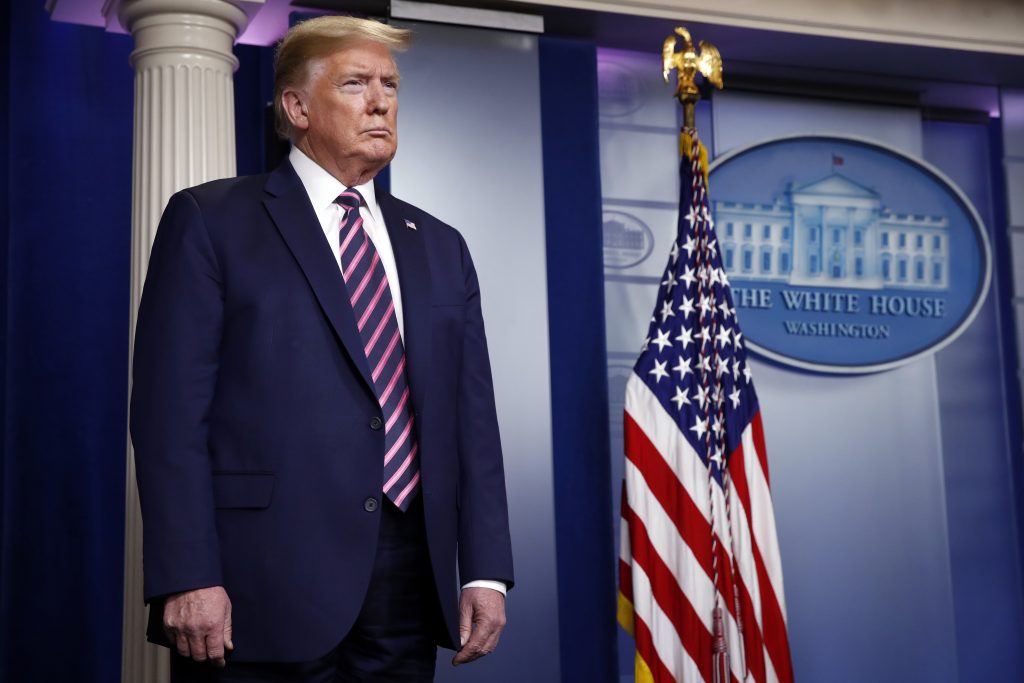 The White House’s pandemic response coordinator defended President Trump Sunday for suggesting that injecting disinfectant could be used to treat coronavirus — claiming he was only carrying out a “dialogue” with health experts.

Dr. Deborah Birx also sought to shift the blame to the media for continuing to bring up Trump’s controversial statement last week and his shifting explanation of it.

“It bothers me that this is still in the news cycle,” Birx told CNN’s Jake Tapper. “I worry that we don’t get the information to the American people that they need when we continue to bring up something from Thursday night.”

Birx’s response came after she was asked to give her opinion about President Trump’s outlandish comments at his coronavirus press conference, which were widely criticized and mocked.

The infectious disease specialist, who, along with Dr. Anthony Fauci, has taken center stage amid the coronavirus crisis, did not hide her irritation with Tapper’s question and rapidly blinked her eyes as he spoke.

Instead of giving a medical opinion about Trump’s dangerous suggestion, Birx sought to defend the president’s approach as a harmless “dialogue” with health professionals.

“When he turned to me, I made it clear and he understood that it was not as a treatment. And I think that kind of dialogue will happen,” said Birx.

She sought to change the subject to the findings of a study that direct sunlight and disinfectant can kill the COVID-19 virus on surfaces, suggesting that was the important news from the press conference, not Trump’s bizarre suggestion.

“What got lost in there, which is very unfortunate in what happened next, is that study was critically important for the American people,” said Birx, without acknowledging that it was Trump himself who caused the study’s findings to be overlooked.

In an attempt to fend off the heavy backlash, Trump on Friday claimed that he was “asking a sarcastic question to reporters” when he brought up the use of disinfectants, even though video showed he was directing the question to Birx and another official.

He walked out of Friday’s press conference without taking questions and scrapped a planned conference call with reporters, suggesting that he would not subject himself to “hostile questions” from journalists.

White House insiders say Trump may cut back on the daily press briefings because they are causing his poll numbers to drop.