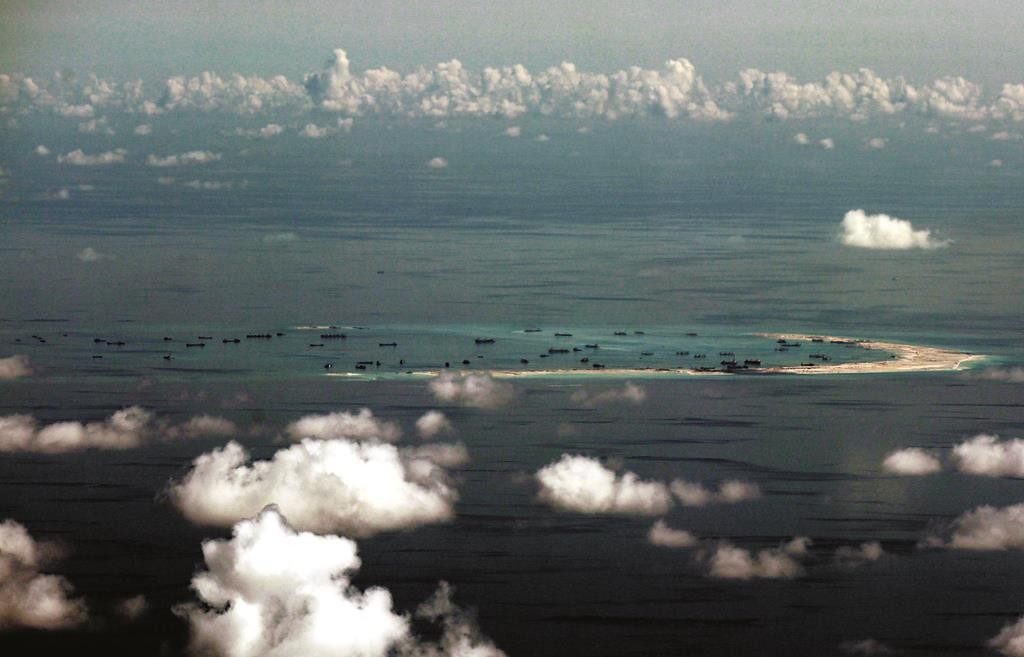 Two U.S. warships are operating in the South China Sea, the Navy said on Tuesday, with three regional security sources saying they were near an area of a standoff between China and Malaysia.

The Haiyang Dizhi 8, a Chinese government research ship, was spotted last week conducting a survey close to an exploration vessel operated by Malaysia’s state oil company Petronas, months after it undertook a similar patrol off Vietnam.

The incident prompted the United States to call on China to stop its “bullying behavior” in the disputed waters, citing concern over Beijing’s provocative actions toward offshore oil and gas developments there.

The U.S. State Department has said China was taking advantage of the region’s focus on the coronavirus pandemic to “coerce its neighbors.”

The USS America amphibious assault ship and the USS Bunker Hill, a guided missile cruiser, have been deployed and were operating in the South China Sea, U.S. Indo-Pacific Command spokeswoman Nicole Schwegman said on Tuesday.

“Through our continued operational presence in the South China Sea, we are working … to promote freedom of navigation and overflight, and the international principles that underpin security and prosperity for the Indo-Pacific,” Schwegman said in an emailed statement to Reuters.

“The U.S. supports the efforts of our allies and partners to determine their own economic interests.”

Rear Admiral Fred Kacher, commander of the U.S. America Expeditionary Strike Group, told Reuters that his forces had interacted with Chinese naval forces in the South China Sea this week.

“All our interactions continue to be safe and professional with them,” Kacher said in a telephone interview from the USS America.

Schwegman did not state the exact location of the warships but security sources said they were close to the Haiyang Dizhi 8 and the Petronas-operated West Capella drillship. The sources declined to be identified as they were not authorized to speak to the media.

The area is near waters claimed by both Vietnam and Malaysia as well by China, through its sweeping claim to most of the South China Sea within its U-shaped ‘nine-dash line’ that is not recognized by its neighbors or most of the world.

China has denied reports of a stand-off, saying that the Haiyang Dizhi 8 was conducting normal activities.

“The ‘confrontation’ at sea you mention did not happen,” the Foreign Ministry said in a faxed response to Reuters’ questions on Monday.

Petronas and Malaysia’s Foreign Ministry did not immediately respond to requests for comment.

A team of Chinese medical experts arrived this week in Malaysia, which has reported more than 5,400 coronavirus infections.

The United States has accused China of taking advantage of the distraction of the pandemic to advance its presence in the South China Sea.

On Sunday, Vietnam protested after China said it had established two administrative districts on Paracel and Spratly Islands in the disputed waters.