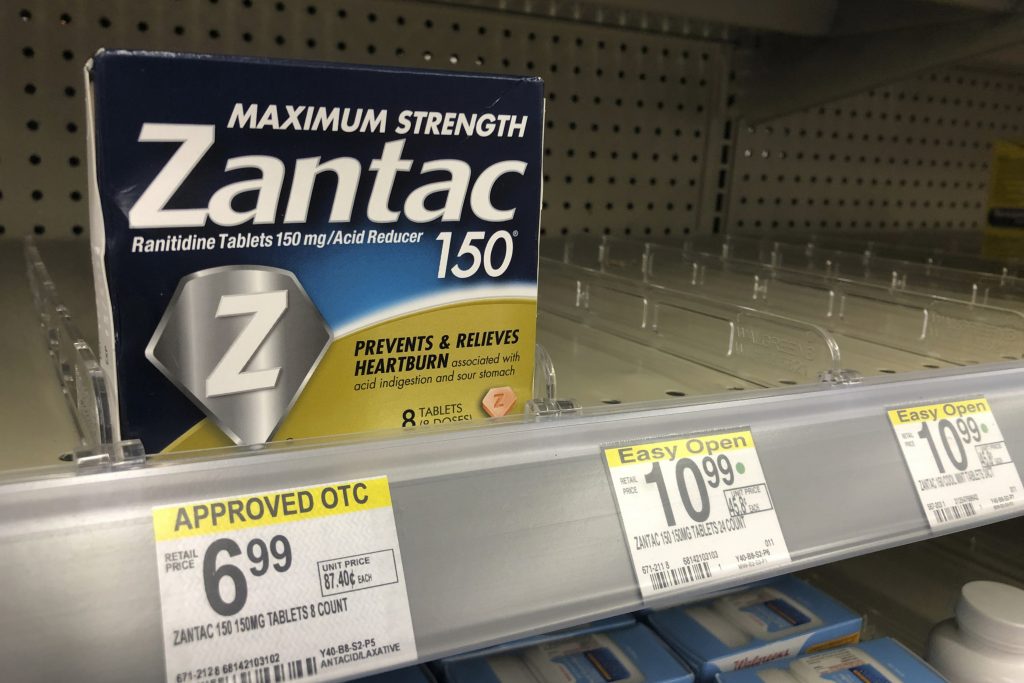 U.S. health regulators are telling drugmakers to immediately pull their popular heartburn drugs off the market after determining that a contamination issue with the medications poses a greater risk than previously thought.

The move from the Food and Drug Administration Wednesday applies to all prescription and over-the-counter versions of ranitidine, best known by the brand name Zantac. The drugs are widely used to treat stomach acid and ulcers.

Patients should stop taking any of the medications they currently have and throw them away, the FDA said.

The agency last year said patients could continue taking the medications and did not face health risks from low levels of a “probable” cancer-causing contaminant found in multiple brands.

But officials reversed that decision, saying they’ve now determined that levels of the chemical increase over time, especially if tablets and capsules are stored at higher temperatures. That poses an unacceptable risk to patients, they said.

“Since we don’t know how or for how long the product might have been stored, we decided that it should not be available to consumers and patients,” said Dr. Janet Woodcock in a statement.

Woodcock said there are multiple alternative medications to treat heartburn, including Prilosec, Nexium and Tagament.

Many makers of ranitidine drugs already removed their products from the market, including Zantac-manufacturer Sanofi. Additionally several drug store chains pulled the drugs from their shelves last year.

Dozens of recalls have been linked to the same probable carcinogen since last year. The FDA is still investigating the issue and has sanctioned at least one manufacturing plant in India that makes ingredients used in the medications.

The FDA has suspended nearly all U.S. and foreign inspections due to travel restrictions caused by the coronavirus outbreak.