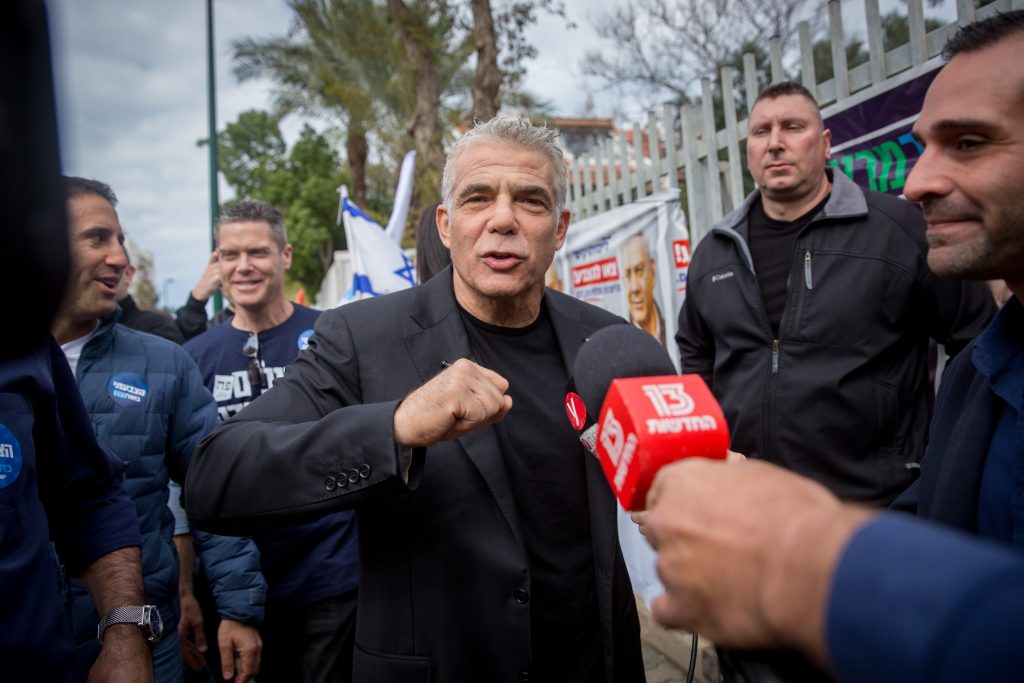 The breakup of the Blue and White party became official on Sunday afternoon as the Knesset Arrangements Committee unanimously approved it.

Moshe Yaalon’s Telem and Yair Lapid’s Yesh Atid parties went into the opposition in protest against Benny Gantz’s decision to accept the nomination for Knesset Speaker and to reach a coalition agreement with Israeli Prime Minister Binyamin Netanyahu.‏‏

Gantz will be allowed to keep the name Blue and White, while his erstwhile colleagues will go under the Yesh Atid banner.

“Yesh Atid – Telem will continue on the path for which it entered politics. From the opposition, we will fight for the citizens of Israel and protect Israel’s democracy. Simultaneously, we will all work together to help the public get through the coronavirus crisis. The crisis isn’t being well managed. The economy is collapsing and decisions aren’t being carried out,” the parties said in a statement.

MKs Yoaz Hendel and Zvi Hauser left Telem to form their own independent faction called Derech Eretz, aimed at filling a gap in Israeli politics. Hendel said that he “hopes this step will lead to the healing of wounds in Israeli society for the benefit of the State of Israel.”