National Trump: No Quarantine, but Travel Advisory for NY, CT and NJ
National 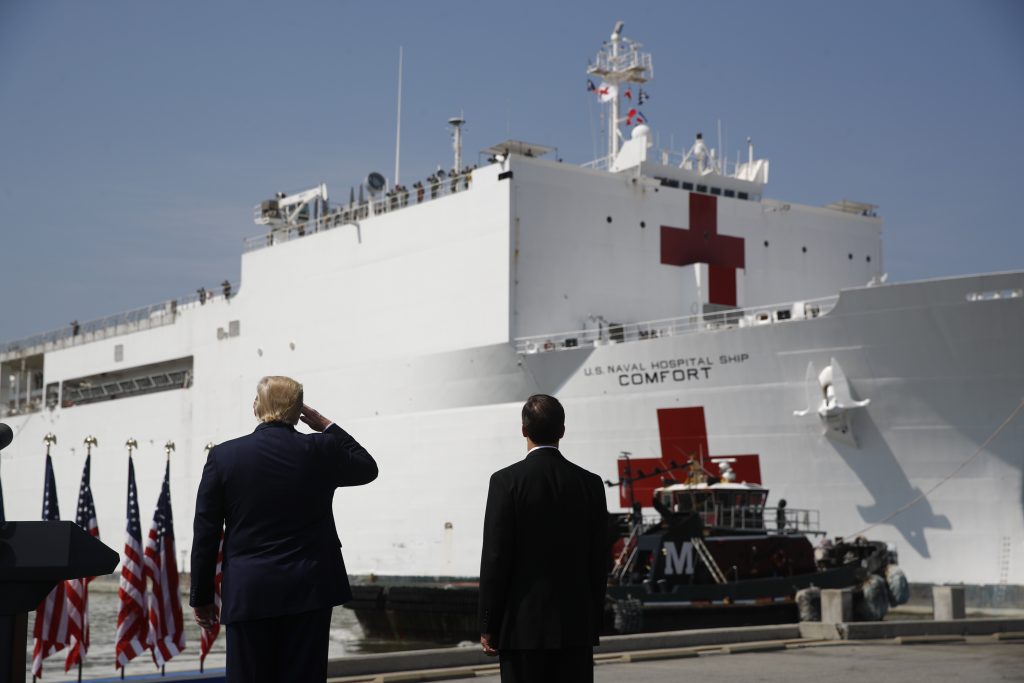 President Donald Trump backed away from calling for a quarantine for coronavirus hotspots in New York, New Jersey and Connecticut, instead directing Saturday night that a “strong Travel Advisory” be issued to stem the spread of the outbreak.

The notion of a quarantine had been advocated by governors, including Republican Gov. Ron DeSantis of Florida, who sought to halt travelers from the heavily affected areas to their states. But it drew swift criticism from the leaders of the states in question, who warned it would spark panic in a populace already suffering under the virus.

Trump announced he reached the decision after consulting with the White House task force leading the federal response and the governors of the three states. He said he had directed the Centers for Disease Control and Prevention “to issue a strong Travel Advisory, to be administered by the Governors, in consultation with the Federal Government.”

He added: “A quarantine will not be necessary.”

New York Gov. Andrew Cuomo, who has criticized the federal government’s response as his state became the country’s virus epicenter, said roping off states would amount to “a federal declaration of war.” Cuomo said the prospect of a quarantine didn’t come up when he spoke with Trump earlier Saturday, adding that he believed it would be illegal, economically catastrophic, “preposterous” and shortsighted when other parts of the U.S. are seeing cases rise, too.

“If you start walling off areas all across the country, it would be totally bizarre, counterproductive, anti-American, anti-social,” Cuomo told CNN. He added that locking down the nation’s financial capital would shock the stock market and “paralyze the economy” at a time when Trump has indicated he’s itching to get the economy back on track.

Trump made his remarks while on a trip to Norfolk, Virginia, to see off a U.S. Navy hospital ship heading to New York City to help with the pandemic. At the event, he spoke to a sparse crowd at the naval base and cautioned Americans to take virus protections, even though he himself, at 73, is in a high-risk category and among those who have been advised to refrain from all non-essential travel.