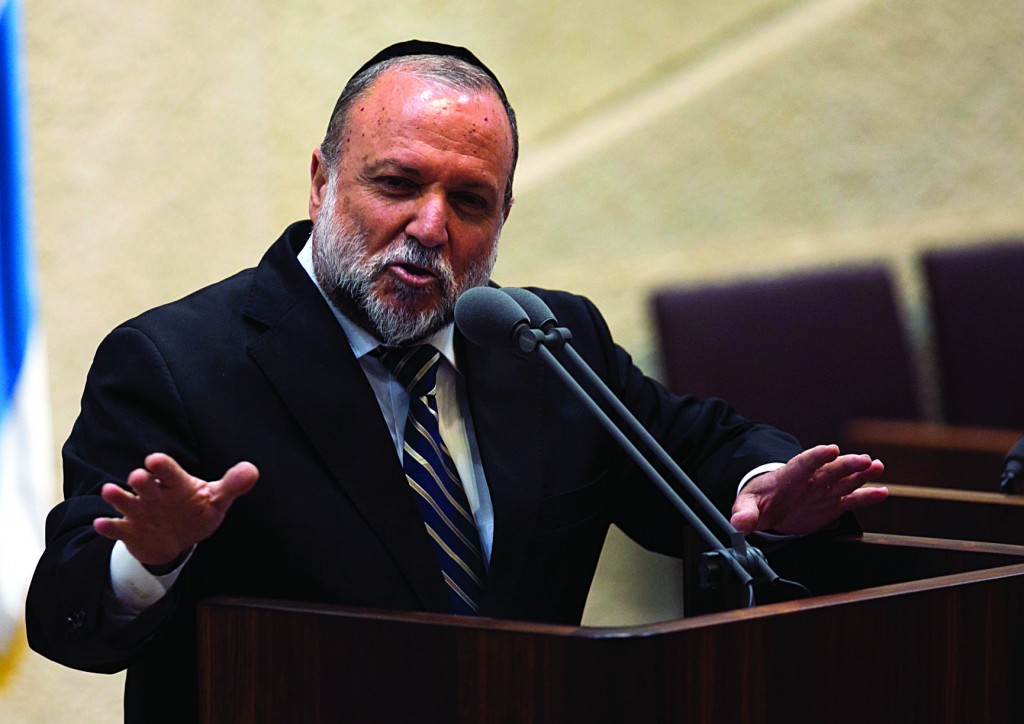 With seven MKs and ministers in quarantine after exposure to individuals sick with coronavirus, Knesset director-general Albert Sacharovich is making plans for the complete closure of Israel’s parliament if, as expected, the number of MKs in quarantine rises. In an interview with Knesset Channel, Sacharovich said that “it’s clear that if we get to a point where dozens of members are in quarantine, we will not be able to conduct sessions and we will close the parliament. We do not want to endanger other MKs or Knesset workers. I hope it doesn’t come to that.”

MK and Deputy Finance Minister Rabbi Yitzchak Cohen of Shas is the seventh official to be placed in quarantine. He joins Interior Minister Rabbi Aryeh Deri, Government Minister Tzachi Hanegbi, Transportation Minister Betzalel Smotrich, and MKs Rabbi Moshe Aboutbul, Alon Sshuster and Ram Ben-Barak in remaining at home for the requisite period. Cohen was made aware of the situation by the Health Ministry Motzoei Shabbos, after he had spent time with a coronavirus carrier Motzoei Shabbos a week before. Cohen will remain in quarantine through next weekend.

When asked if he planned to test all 120 MKs, Sacharovich said that he was preparing for that. “Many MKs asked me about being tested, and we are ready to do that. I hope that we will get the resources to do testing in the Knesset this week, allowing any MK who wants to get tested to do so. We will of course not require this, but in my opinion it is highly recommended.”

Sacharovich was responsible for the limited swearing-in ceremony of new MKs last week, in which only three members were present at a time, in order to keep the number of people in the Knesset plenum to ten or under. Sacharovich called it a “surrealistic experience, but what guided us was the desire to avoid endangering ministers and MKs. I am satisfied with my decision.”