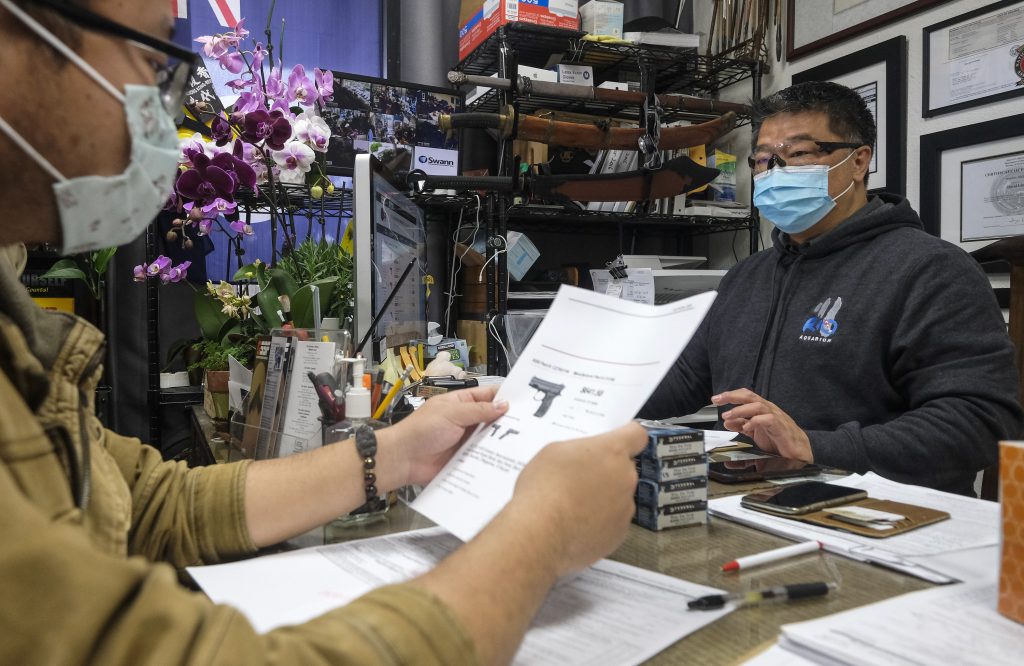 The order says residents must stay inside and venture out only for necessities for three weeks starting Tuesday in a desperate attempt by officials to curb the spread of the novel coronavirus.

If affects the counties of San Francisco, Marin, Santa Clara, San Mateo, Alameda and Contra Costa, as well as the city of Berkeley.

People should work from home and, unless they provide essential services, such as public safety, sanitation and medical services.

“The most important thing you can do is remain home as much as possible,” San Francisco Mayor London Breed posted on Twitter. “There is no need to rush out for food or supplies, as these stores will remain open.

The dramatic step came when officials across California took increasingly strident steps to separate people and contain the spread of coronavirus, promoting millions of the state’s oldest and youngest residents to stay home Monday.

Freeways normally jammed with rush-hour drivers flowed freely, and Starbucks’ shift to take-out only was apparent at locations where tables were removed and drive-through lanes were busy.

Long lines, however, persisted at some grocery stores despite officials saying there’s no need to hoard supplies.

Responding to panic buying that has stripped supermarkets, executives of major grocery chains said at a Los Angeles press conference there is no food shortage, supply chains are in good shape and clerks are working in the middle of the night to restock shelves while maintaining a high level of cleanliness.

“There is plenty of product,” said Bryan Kaltenbach, president of Kroger’s Food 4 Less.

Gov. Gavin Newsom on Sunday urged the state’s 5.3 million people who are 65 and older and those with chronic health conditions to isolate to protect themselves from the virus. He also called for all entertainment places to close.

Last week, Newsom recommended all nonessential gatherings be limited to 250 people, prompting the temporary closure of numerous businesses, performances and meetings. He didn’t order school closures, but virtually every district took the step on its own.

Newsom said an estimated 85% of California’s 6 million public school students will be out of their classrooms this week. The length of time varies by district, with some canceling classes for up to five weeks.

Newsom said he recognized the increasing isolation for millions of Californians is “anxiety-inducing,” but said the moves were necessary to protect the state’s most vulnerable residents.

“We need to take these steps to protect our city right now,” he said.

At the Chimney Coffee House in Los Angeles, barista Rachel Cauilan filled the day’s first UberEats order. “One guy came in and he wanted to talk and stay but we had to kick him out,” she laughed.

In San Diego, the Superior Court hastily advised people summoned for jury duty but not already sitting on cases to not report Monday.

Near San Diego State University, Will Remsbottom’s Scrimshaw Coffee had just three people and one was washing windows. “I’m just struggling with this moral conundrum of remaining open and being a potential spreader versus closing and not being able to pay my employees,” he said.

In Orange County, an elderly couple wearing face masks walked out of a supermarket with a full cart. A moment later, a woman walked briskly toward the store, asking if there was any toilet paper inside. There wasn’t.

Robert Murillo’s younger daughter turned 4 on Sunday, but the family stayed home and ate cupcakes. “We made the best with what we had,” he said. “They’re still at the age that blowing a balloon makes their day, so thank G-d for that.”

California has confirmed at least 335 cases of the virus and six deaths. The virus usually causes only mild or moderate symptoms, such as fever and cough, but can be deadly for older people and those with underlying health conditions.

Many districts are arranging for meal pickups for children who depend on schools for breakfast and lunch. Many college students also are back home as their colleges and universities empty their dormitories and move classes online.

As the virus has spread, California and other states have been issuing ever-increasing directives

Meanwhile, California is working with Verily, the life sciences arm of Google parent company Alphabet, on a tool to help people find coronavirus testing. An online portal would help people determine if they should be tested and direct them to mobile testing units in Santa Clara and San Mateo counties.

The state has increased the number of available hospital beds and will be re-opening shuttered medical centers in the coming days.

He also said there would be a significant push to move many of the state’s 108,000 homeless people indoors. He said the state had motels that could be used to provide shelter, along with 450 state-owned trailers set up before the outbreak.