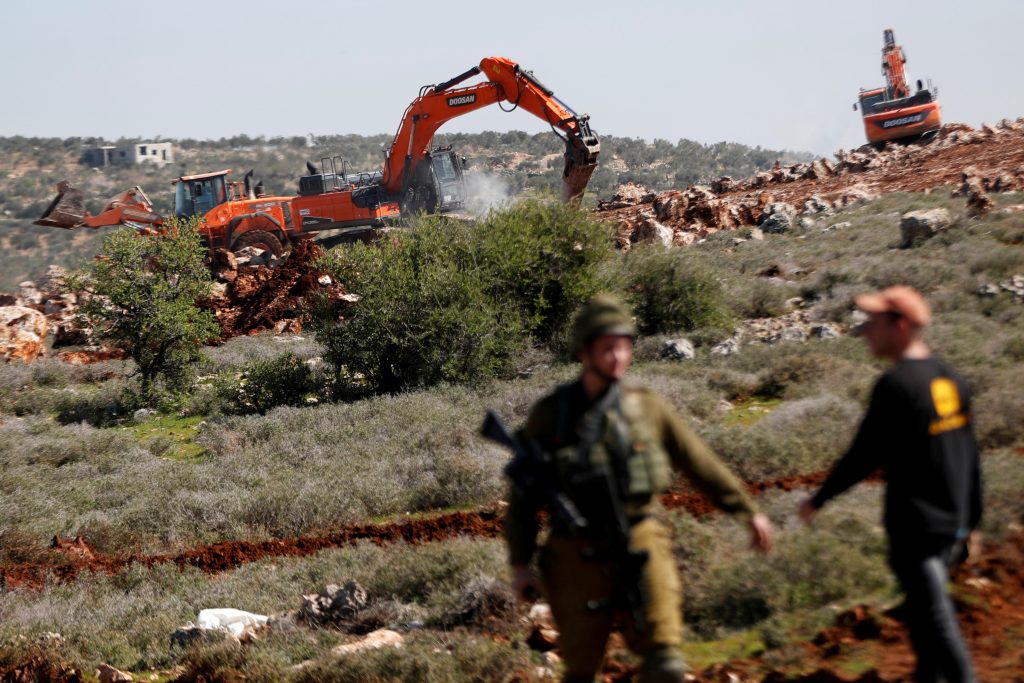 Palestinians have launched protests in the town of Qusra after Israeli bulldozers began clearing land in what villagers fear is an attempt to confiscate it for future Jewish construction.

An IDF statement said that on March 1 Israelis were carrying out “agricultural work” near Migdalim when around 30 Palestinians “came to the area, hurled rocks and came into physical confrontation with the Israelis. Military forces came to the area and dispersed the crowd.”

Soon afterwards, the statement said, 120 Palestinians gathered nearby in a “riot.” It said its troops were confronted with burning tires and “large amounts of rocks” were thrown at them, and “responded with riot dispersal means.”

In another nearby village, Beita, residents protested over several days, planting a Palestinian flag and erecting a tent on the hilltop of al-Arma amid clashes with Jewish residents from the Itamar outpost, near Shechem. Some demonstrators hurled rocks at Israeli troops.