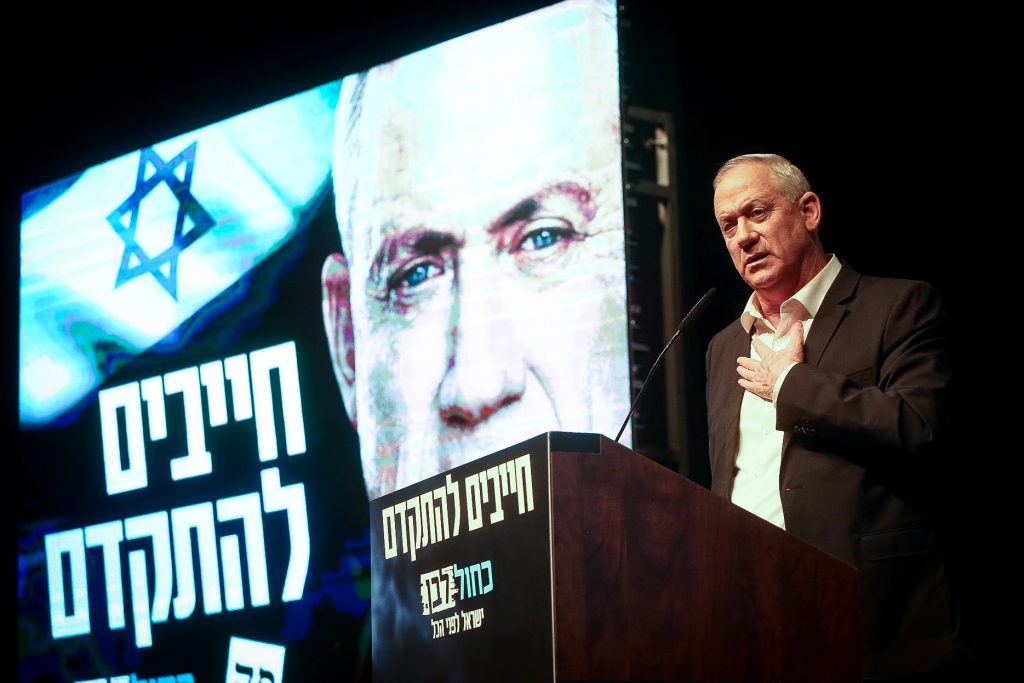 The Israeli judiciary became an issue in the election campaign on Tuesday as Blue and White leader Benny Gantz claimed that “we are facing a great danger to the institutions of democracy and rule of law in Israel.”

Gantz was referring to right-wing efforts to invest the Knesset with power to overrule the High Court under certain circumstances. Proponents of such changes assert that it would mean restoring some balance between the legislative and judiciary branches, usurped by the judges over decades of intervention in political matters. The defenders of the judiciary argue that such changes would undermine the rule of law.

In an interview on 103FM Radio, Gantz said that “he political system must be reined in, and I lack the words to describe what will happen here if the political system is stronger than the judicial system. It will be a disaster… I, as someone who wants to be prime minister, relinquish that power.”

Responding by tweet on Tuesday evening, Netanyahu wrote: “I’m not sure Gantz understands what democracy is.”

Justice Minister Amir Ohana (Likud) likewise commented that Gantz’s comments showed “a misunderstanding of the foundations of democracy” and said his proposal would lead to “the rule of clerks and jurists.”

The Yamina party went further, saying that Gantz was “suggesting turning Israel into a dictatorship ruled by the High Court and entirely erasing the separation of powers enshrined in a democratic nation.”

It said he “should remove his candidacy for prime minister. According to his approach, his post would be worthless.”

After the April 2019 elections, media reports said Netanyahu’s Likud party had made backing passage of an override clause for the High Court a condition to joining the coalition.

If the law were passed, it would mean the High Court would not be able to reverse Knesset-approved immunity for Netanyahu or any other prime minister.