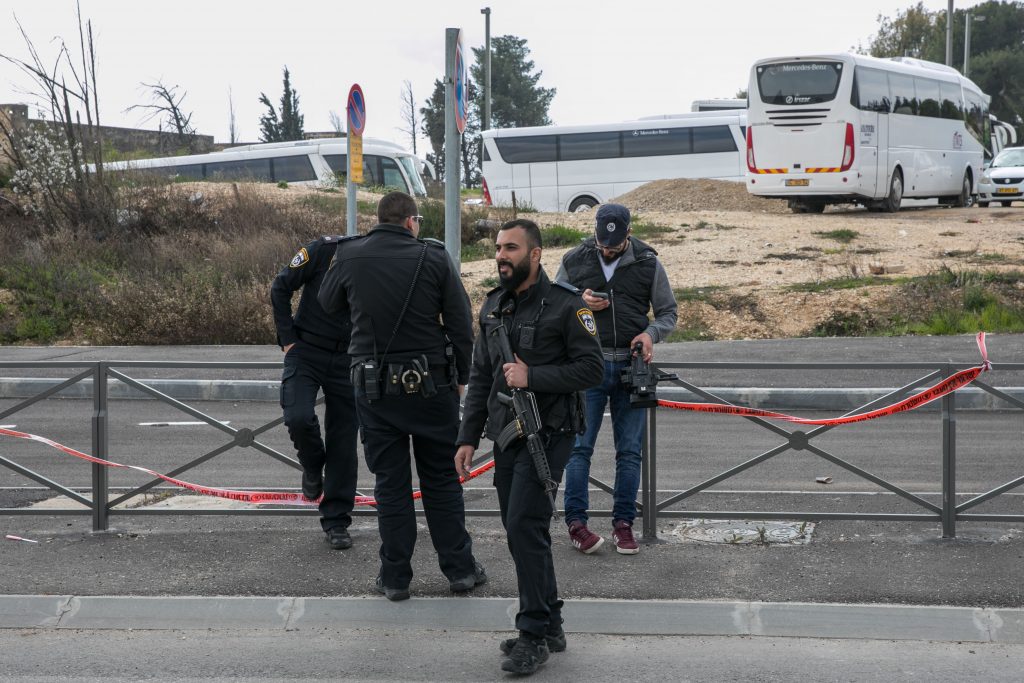 A woman attempted to stab passersby at the Armon Hanatziv Promenade in Yerushalayim on Friday in a suspected terror attack, police said.

The woman tried to stab people on the promenade several times with a knife. One man suffered very mild injuries and did not require hospitalization.

She was wrestled to the ground by civilians before police took her into custody for further investigations. Police did not provide information about the suspect’s identity.

The Armon Hanatziv Promenade has been the scene of several attacks in the past, most recently in January 2017, when an East Yerushalayim Arab rammed his truck into a group of soldiers, killing four IDF officers.