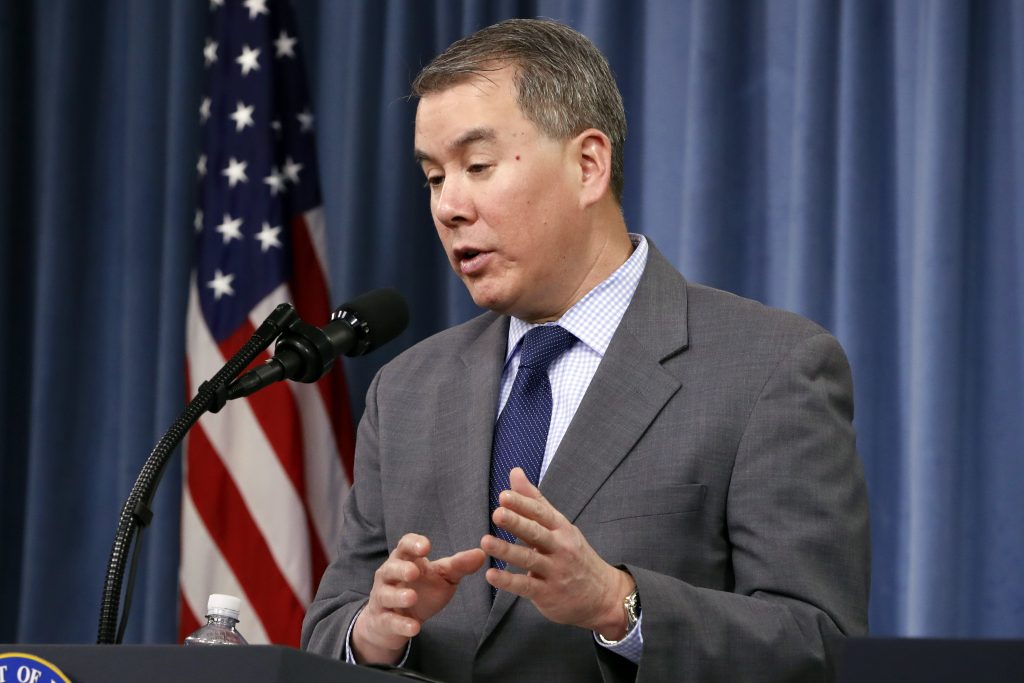 President Donald Trump has ousted the Pentagon’s top policy official who had certified last year that Ukraine had made enough anti-corruption progress to justify the Trump administration’s release of congressionally authorized aid to Kyiv in its conflict against Russian-backed separatists.

The Trump administration’s delay in releasing the aid to Ukraine was central to the president’s impeachment by the House on charges of abuse of power and obstruction of Congress. The Senate voted to acquit the president. But in the wake of the Senate trial, an emboldened Trump has gone after officials he has perceived as being disloyal.

Rood is the latest official to be purged. His forced resignation comes as Democrats on the Hill express concerns that Trump is on a vendetta in the wake of his acquittal. Just days after the Senate vote, the White House reassigned an Army officer, Lt. Col. Alex Vindman, a key witness in the impeachment inquiry, from the National Security Council, and pushed his twin brother, an NSC lawyer, out with him. Gordon Sondland, Trump’s ambassador to the European Union who also was a key witness before House investigators, was recalled from his post.

Trump tweeted Wednesday that he wanted to “thank John Rood for his service to our Country, and wish him well in his future endeavors!”

Rood, in his letter to Trump, did not mention Ukraine. “It’s my understanding from Secretary (Mark) Esper that you requested my resignation,” Rood said. Rood said he will step down as of Feb. 28.

Rood wrote in a May 23 letter to Congress that the Pentagon had made a thorough assessment of Ukraine’s anti-corruption actions and other reforms. And he said that, “I have certified that the government of Ukraine has taken substantial actions to make defense institutional reforms for the purpose of decreasing corruption” and making other improvements.”

Rood wrote that his certification, legally required before the aid could be released, was based on insights gained in “persistent U.S. engagement” with Ukraine, including meetings between the U.S. defense secretary and his Ukrainian counterpart.

“The president has the opportunity and the ability to have the team that he wants to have in policy positions,” Hoffman said at news conference. He said Rood’s resignation letter spoke for itself.

Rood last year told reporters that, “In the weeks after signing the certification I did become aware that the aid had been held. I never received a very clear explanation other than there were concerns about corruption in Ukraine.” He also spoke in favor of releasing the aid, suggesting that withholding it would hurt America’s defense priorities.

Pentagon press secretary Alyssa Farah said James Anderson, who is currently serving as the deputy for policy, will take over the job until a permanent replacement is appointed by the President and confirmed.

Rood has served as undersecretary for policy since January 2018, but also had worked in various government agencies including the State Department, the CIA and the NSC for more than 20 years. He held senior policy jobs mainly during Republican administrations and also served as a senior policy adviser to Sen. Jon Kyl, R-Ariz.