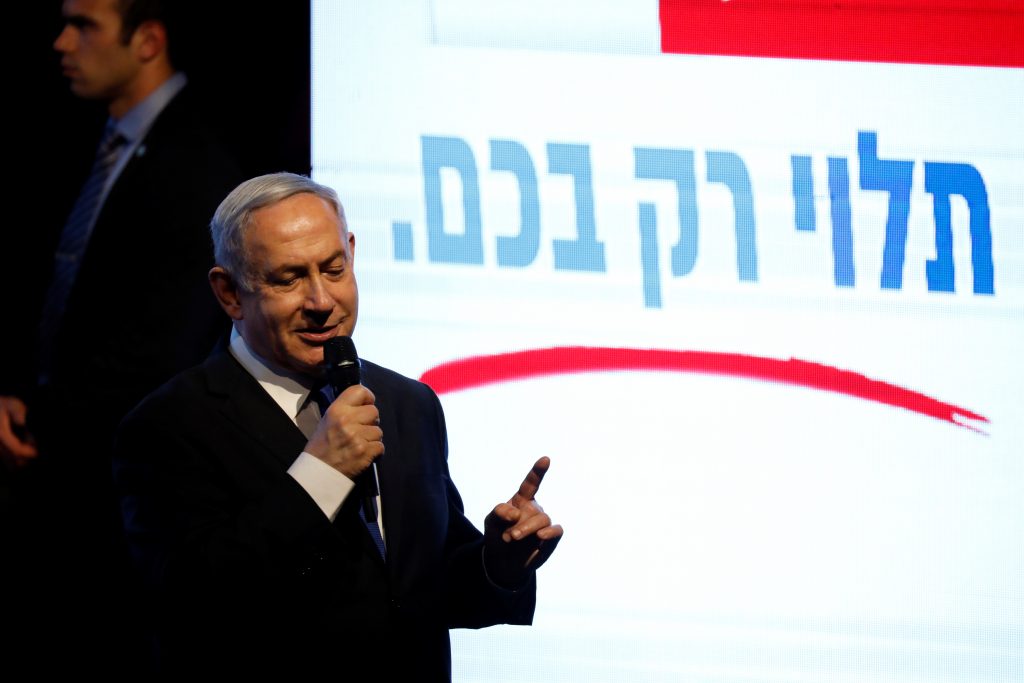 Prime Minister Binyamin Netanyahu has challenged Blue and White candidate Benny Gantz to a debate, to be broadcast live to the nation.

“We’ll do a series of debates like in the U.S. – one debate on the political side, a debate on security issues, a debate on the economic side; three debates. Only without a headset,” PM Netanyahu added, an apparent swipe at Gantz alluding to criticism that he can’t speak in public without constant guidance from his advisors.

Netanyahu claimed that Gantz “has a problem” and “cannot handle pressure” whereas he withstood tremendous pressure, notably from the Obama White House, during his years as prime minister. “If he can’t confront me [in a debate], how will he lead the nation?” Netanyahu asked.