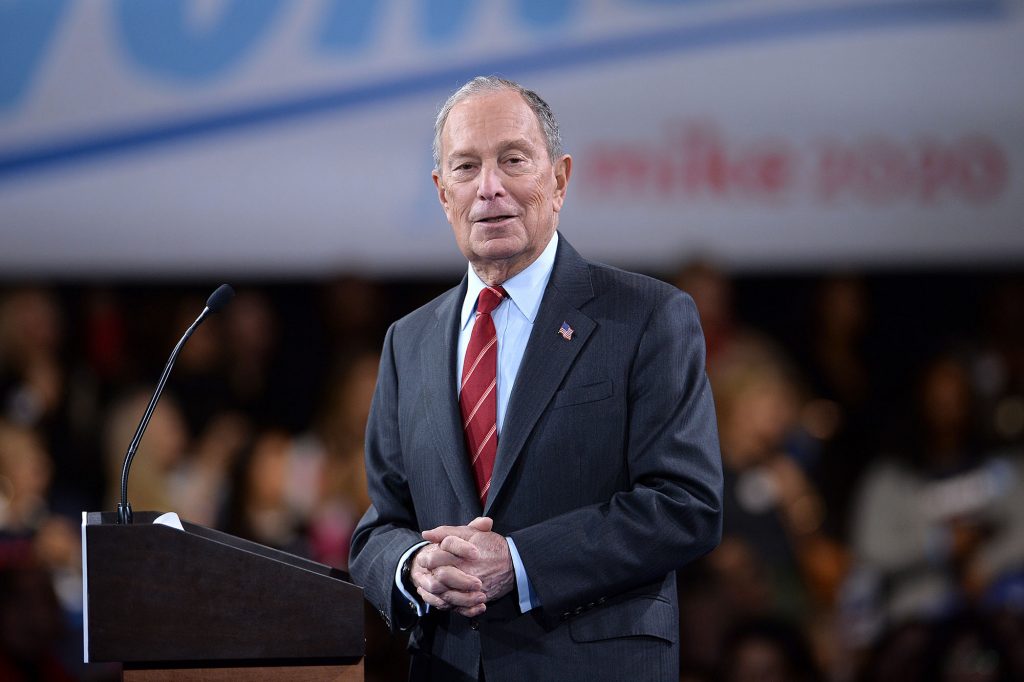 An unnamed Bloomberg campaign source told the Drudge Report that the billionaire ex-mayor is thinking about the failed 2016 presidential candidate as the No. 2 person on a Democratic ticket led by him to take on President Donald Trump.

The attention-grabbing trial balloon comes as Bloomberg rises fast in Democratic primary polls on the back of an estimated $300 million splurge on media ads across the nation.

The report claims that Bloomberg is considering changing his official residence to either Florida or Colorado, where he has homes, to avoid Electoral College rules that make it difficult for a president and his running mate to live in the same state.

For what it’s worth, Clinton all but ruled out a run for veep last week.

“I never say never because I believe in serving my country,” she said on a talk show. “But it’s never going to happen.”

Bloomberg’s next big test comes this week when he hopes to join the rest of the Democratic front-runners for a crucial debate in Las Vegas ahead of the Nevada caucuses next Saturday. He needs a strong performance in one more national poll to qualify for the stage.

The 78-year-old media mogul is staking his primary campaign on a strong debut showing on Super Tuesday, March 3, when more than a third of the delegates are up for grabs in states including California, Texas and several Southern states.

Clinton would bring unrivaled establishment Democratic credibility, solid support from black voters and strong feminist credentials to what is shaping up as an epic struggle to oust Trump from the White House.

Bloomberg could certainly use help on both fronts. He ran for mayor as a Republican, basked in the support of Trump acolyte Rudy Giuliani and endorsed George W. Bush for president. He has also faced occasional allegations of bigotry in his sprawling business empire and his days at City Hall.

Some analysts suspected the Bloomberg campaign’s nondenial was more a way to keep his name in the headlines over a quiet holiday weekend than any real plan to bring the former first lady onto the ticket.

“Any day that the media spends talking about Bloomberg instead of Buttigieg or Klobuchar, or even Biden … is probably good news for Bloomberg,” polling geek Nate Silver wrote on Twitter. “He doesn’t want any of the other moderates to emerge with momentum.”

Adding Clinton to the ticket would also hold some serious downsides for Bloomberg.

Although she has her share of devoted followers, Clinton is also one of the most polarizing politicians in the nation.

Clinton also emphatically represents the moderate wing of the Democratic Party and shares most of the same policy positions as Bloomberg.

That sounds like a plus but it might prevent a potential Bloomberg presidential campaign from firing up the progressive base for the fight against President Trump.

Some analysts believe that Clinton’s failure to win over supporters of rival Bernie Sanders — or put another way, his failure to rally them behind her — was a key factor in Trump’s razor-thin victory in a handful of swing states that powered his Electoral College victory in 2016.

A Bloomberg-Clinton ticket in 2020 would face the same scenario on steroids, with Sanders fans howling over what they see as the nefarious twin influences of Bloomberg’s money and the Clinton political machine.