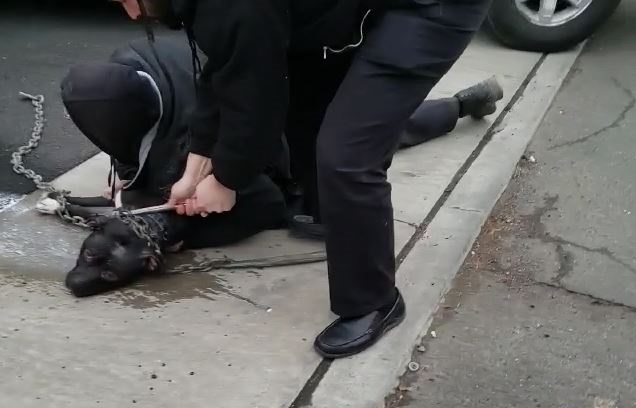 The Spring Valley Police Department announced that they have completed the investigation of the dog bite incident which occurred on Hoyt Street on January 7, 2020.

Spring Valley Chief of Police Paul J. Modica said that on that date, Daveaun Whittle, a 20 year old resident of Havestraw, was travelling with the dog in a cab on his way to court for an appearance for a previous crime. He suspected that he would be incarcerated on those charges, and since he would be heading to jail and could not find anyone to watch his dog, he let him loose in the hope he would find a new home.

The pit bull attacked a one year old child, and seriously injured a man who came to the aid of the child.

Whittle was formally charged with endangering the welfare of a child, reckless endangerment in the 2nd degree, and is currently incarcerated in the Rockland County Jail.