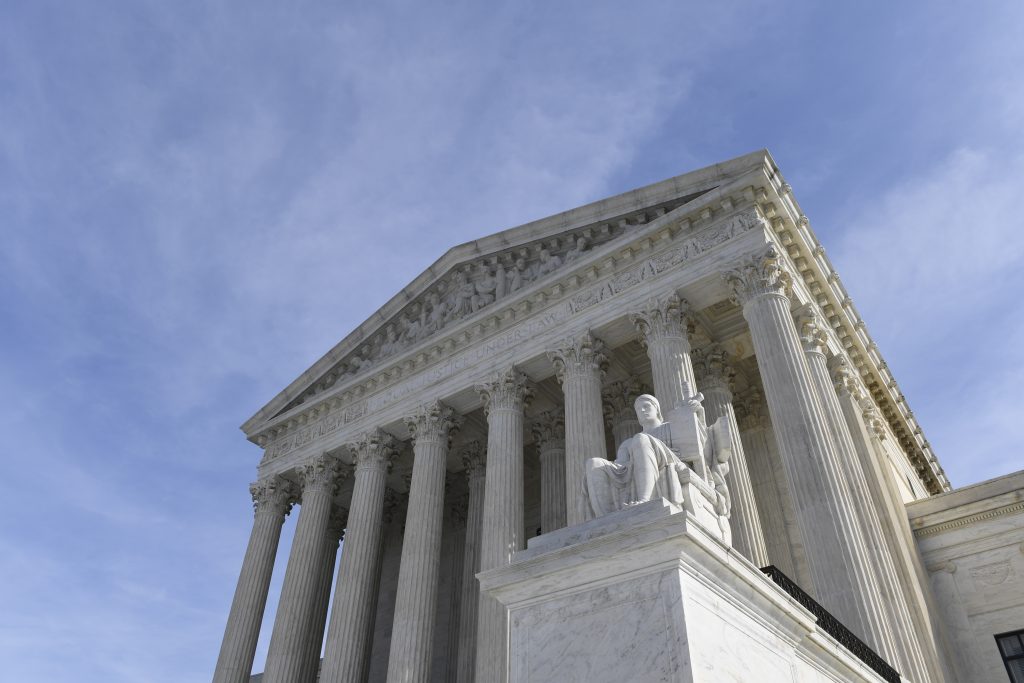 The Supreme Court will hear a case that could result in a key decision regarding the breadth of the government’s obligation to accommodate conscience-based objections.

The case bundles together the Trump administration and two Christian charitable groups in a fight to preserve a federal directive aimed at protecting religious organizations from an Obama-era policy that forced them to be a party to the delivery of medical services that violate their beliefs.

The administration and religious groups are up against a challenge from the State of Pennsylvania to the directive that has thus far been upheld in lower courts.

The case will bring one of the petitioners, the Little Sisters of the Poor — a group of nuns who aid impoverished seniors — to the High Court for a second time, after a prior order by the justices left key issues unresolved.

“Pennsylvania needs to give it a rest,” he said. “Why is Pennsylvania still trying to fight tired and unnecessary culture wars that were settled years ago?… It’s too bad that the Supreme Court is being forced by Pennsylvania to deal with this issue again, but at least the Court can now bring this litigation to a permanent end.”

The case stems from a long and twisty legal road.

As part of the Obama administration’s signature Affordable Care Act (ACA), most businesses and organizations were required to provide insurance to cover certain medical services that are forbidden according to some religious groups. While houses of worship were exempt, the requirement proved controversial for religious nonprofits and private businesses whose owners felt that complying with the mandate violated the tenets of their faith.

In 2014, the Supreme Court ruled, in the landmark Hobby Lobby decision, that some private companies can avoid the requirement on religious grounds. In response to the ruling, the Obama administration made an accommodation for religious objectors to provide the services in question through a third party. However, several Christian organizations still refused to comply, arguing that the arrangement still forced them to be a party to the delivery of goods and services they found objectionable.

In 2016 the matter came before the Supreme Court again in Zubik v. Burwell, to which the Little Sisters was a party, together with a long list of Christian organizations.

Orthodox Jewish organizations took a deep interest in the case, feeling that several key religious-liberty interests were at stake, with Agudath Israel of America, the Orthodox Union, and others filing briefs in support of the petitioners.

Arguments included objections to the Obama administration’s narrow definition of what constitutes a religious organization, as well as what was perceived as government’s overreach in determining the correctness of the objector’s belief systems.

Yet, just a month before the case was heard, the death of Justice Antonin Scalia left the court shorthanded, and the eight-member bench was unable to reach a majority ruling.

Instead, it opted for a rare directive, saying that they felt it was possible for the government and religious groups to reach a compromise that would satisfy the interests of both.

The matter was left largely unaddressed until 2017, when the Health and Human Services (HHS) department of the federal government, at that point under the direction of the Trump administration, issued a rules change that allowed a broad swath of religious employers to opt out from the original mandate in the event that it conflicted with their faith.

The move was hailed by advocates of religious liberty, but several left-leaning states, including New Jersey, California, and Pennsylvania, sued the administration, claiming HHS’s exemption violated the ACA and federal laws governing administrative agencies. Their objections were upheld by the 3rd District U.S. Court of Appeals, which blocked the directive from taking effect and protecting religious objectors.

Last Friday, the Supreme Court agreed to hear arguments from the Trump administration, the Little Sisters and an additional Catholic organization to strike the appeals court ruling and uphold HHS’s exemption.

In response to the court’s move to accept the case, the American Civil Liberties Union (ACLU), which has supported attempts to block the HHS directive, said the administration’s attempts to protect faith groups “isn’t religious liberty — it’s discrimination.”

Stephanie Taub, a senior counsel at First Liberty Institute, which has filed a brief in support of the religious objectors, expressed hope that the Supreme Court would uphold the administration’s directive and settle the long-contended matter.

“The Supreme Court of the United States needs to protect once and for all the Little Sisters of the Poor and people of all faiths from government-forced violations of their religious beliefs,” she said.

The court is likely to hear arguments in the case this coming April.