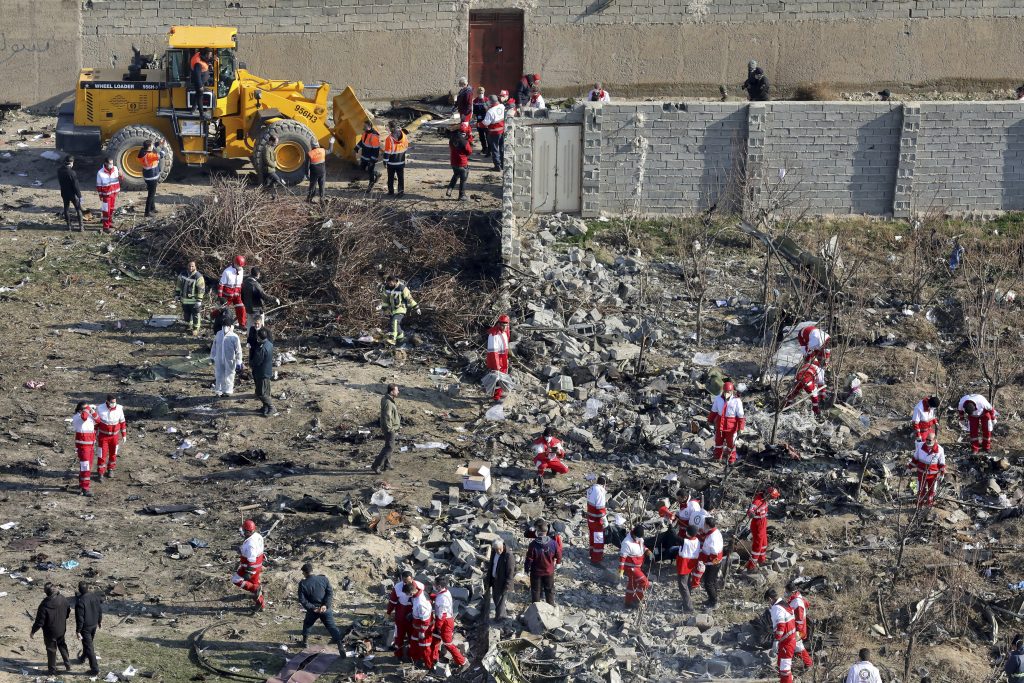 Iran said on Saturday its military had shot down a Ukrainian plane killing all 176 aboard in a “disastrous mistake,” saying air defenses were fired in error while on alert after Iranian missile strikes on U.S. targets in Iraq.

Iran had denied for days after Wednesday’s crash that it had brought down the airliner, although a top Revolutionary Guards commander said on Saturday that he told authorities about the unintentional missile strike the day it happened.

“What Iran has admitted to is very serious. Shooting down a civilian aircraft is horrific. Iran must take full responsibility,” Canadian Prime Minister Justin Trudeau, whose country had 57 citizens on board, told reporters at a news conference in Ottawa. “Canada will not rest until we get the accountability, justice and closure that the families deserve.”

Trudeau said Iranian President Hassan Rouhani committed to collaborating with Canadian investigators, working to de-escalate tensions in the region and continuing a dialogue.

Ukrainian President Volodymyr Zelenskiy said Iran‘s acknowledgement was a step in the right direction but added, “The perpetrators must be held accountable.”

Writing on Twitter, Zelenskiy said Rouhani had apologized to him on behalf of his country. Zelenskiy demanded that the victims be identified and returned to Ukraine at once.

Iranian Supreme Leader Ali Khamenei, until now silent about the crash, said information about the incident should be made public.

Up to 1,000 protesters chanted slogans in Tehran against the authorities, the semi-official Fars news agency said in a rare report on anti-government unrest.

The crash heightened international pressure on Iran after months of friction with the United States and tit-for-tat attacks. Canada and the United States had both said early on that they believed an Iranian missile brought down the aircraft, probably in error.

“The Islamic Republic of Iran deeply regrets this disastrous mistake,” Rouhani wrote on Twitter, promising that those responsible would be prosecuted. “My thoughts and prayers go to all the mourning families.”

In the first official U.S. statement after Iran‘s admission, Secretary of State Mike Pompeo posted on Twitter a video of the protests in Tehran with the caption, “The voice of the Iranian people is clear. They are fed up with the regime’s lies, corruption, ineptitude and brutality” of the Islamic Revolutionary Guard Corps, a branch of the Iranian military, under what he called Khamenei’s “kleptocracy.”

Experts said mounting international scrutiny would have made it all but impossible to hide signs of a missile strike in any investigation and Iran may have felt a U-turn was better than battling rising criticism abroad and growing grief and anger at home, as many victims were Iranians with dual nationality.

The plane, a Boeing 737-800 en route for Kiev, came down shortly after takeoff from Tehran, when Iran was on alert for U.S. reprisals after launching rockets at U.S. troops in Iraqi bases.

British Prime Minister Boris Johnson said Iran‘s admission was “an important first step” and that it was “vital that all leaders now pursue a diplomatic way forward” to avoid conflict.

Iran‘s Revolutionary Guards, in a rare step, apologized to the nation and accepted full responsibility. Senior Guards commander Amirali Hajizadeh said he had informed Iran‘s authorities on Wednesday about the unintentional strike, a comment that raised questions about why officials had publicly denied it for so long.

Speaking on state media, Hajizadeh said he wished “I could die” when he heard about the incident.

A military statement said the plane flew close to a sensitive Revolutionary Guards site at a time of high alert. Ukraine said the plane was in a normal flight corridor and Iran‘s Civil Aviation Organization said the airliner had not veered off its normal course.

Ukraine International Airlines said Iran should have closed the airport. The carrier said it had received no indication it faced a threat and was cleared for take off.

Ukrainian Prime Minister Oleksiy Honcharuk said his country will pay 200,000 hryvnia ($8,350) each to the families of those who died in the disaster. Honcharuk also said Ukrainian diplomats were working on how to receive compensation from the Iranian authorities.

The disaster was reminiscent of a 1988 incident in which the American guided-missile cruiser USS Vincennes shot down an Iranian airliner, killing 290 people. Washington said it was an accident. Tehran said it was intentional.

Iran‘s admission stands in contrast to Russia’s denials of responsibility in the 2014 shootdown of a Malaysian airliner over eastern Ukrainian territory held by Russia-backed separatists. All 298 people aboard died. A Dutch-led investigation concluded that the missile that hit the aircraft came from a launcher transported from a Russian military base just across the border.