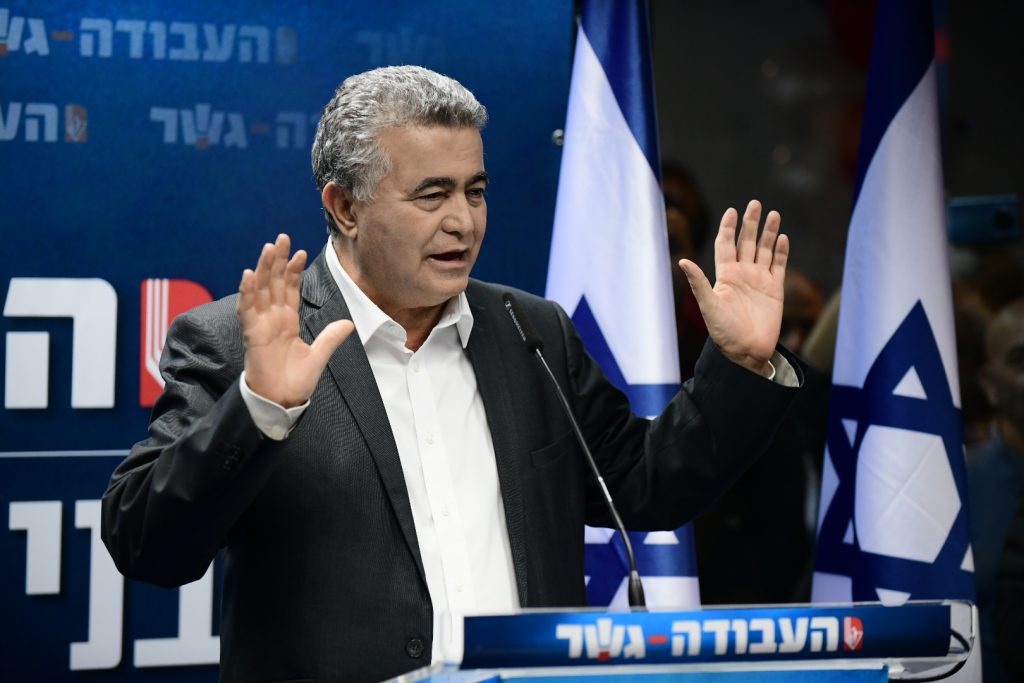 Unification efforts on both sides of the Israeli political divide were continuing on Tuesday.

Labor-Gesher party leader Amir Peretz called for all three center-left parties to run together in the upcoming March elections.

“My proposal is to form a united bloc of Labor-Gesher, Blue and White and the Democratic Camp,” Peretz told Channel 12.

Meanwhile, National Union party chairman and interim Transport Minister Betzalel Smotrich refused a summons from Prime Minister Netanyahu on Tuesday, to discuss unification on the right, according to the Walla website.

Smotrich reportedly sent word to Netanyahu: “Don’t interfere with religious Zionism, we don’t need mediation. We know how to solve things without help.”

According to some reports, Smotrich is seeking an alternate alliance, with New Right instead, led by Naftali Bennett and Ayelet Shaked, Arutz Sheva reported.