Ministry Asks: Why Are Prices So High at Ikea Israel? 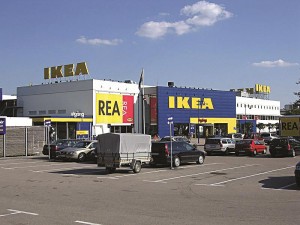 In recent years, Ikea has become one of the biggest sellers of furniture in Israel. But the company, which has four branches in Israel and is set to open a fifth, has been accused of overcharging Israelis – and now the Economy Ministry is demanding explanations from the chain on why that is.

“After we encouraged competition in the pharmacy sector, we will deal with the high prices of Ikea,” Economy Minister Eli Cohen said. “Ikea’s prices in Israel are significantly higher than they are anywhere else – 32% higher on average. In some cases, prices for the same item are 27% higher here than abroad, in other cases the gap is 50%. I will recommend commissioning a study of all of Ikea’s prices around the world and comparing them to Israel’s prices,” he said.

Cohen made the statement based on a preliminary study comparing prices of 60 items sold by Ikea Israel with prices of the same items sold in other countries, including Holland, Italy, Austria, France, England, Denmark, and Australia. Among the prices checked were those for living room sets, beds and mattresses, carpets, closets, dining room sets, and children’s products. Israeli prices were on average 27% more than for the same products in Australia, and 56% more than in Italy and Holland.

The claim that Israelis paid more because of duties, purchase taxes, and Value Added sales Tax were invalid, Cohen said, because the tax structure in many of the European countries examined were similar to Israel – and in some cases, more money was collected in taxes abroad than in Israel.

“There is no reason for these high prices,” Cohen said. “I have nothing against Ikea, I myself shop there, but the company is taking unfair advantage of its popularity in Israel. A price gap of 10% to 20% would be considered reasonable. But the current situation cannot continue.”

In response, Ikea said that it would be happy to lower prices, “and we expect the Minister to help us do so my lowering the bureaucratic expenses we face. We told him before and we repeat that any break we get on regulatory costs will immediately be reflected in lower costs for consumers.”