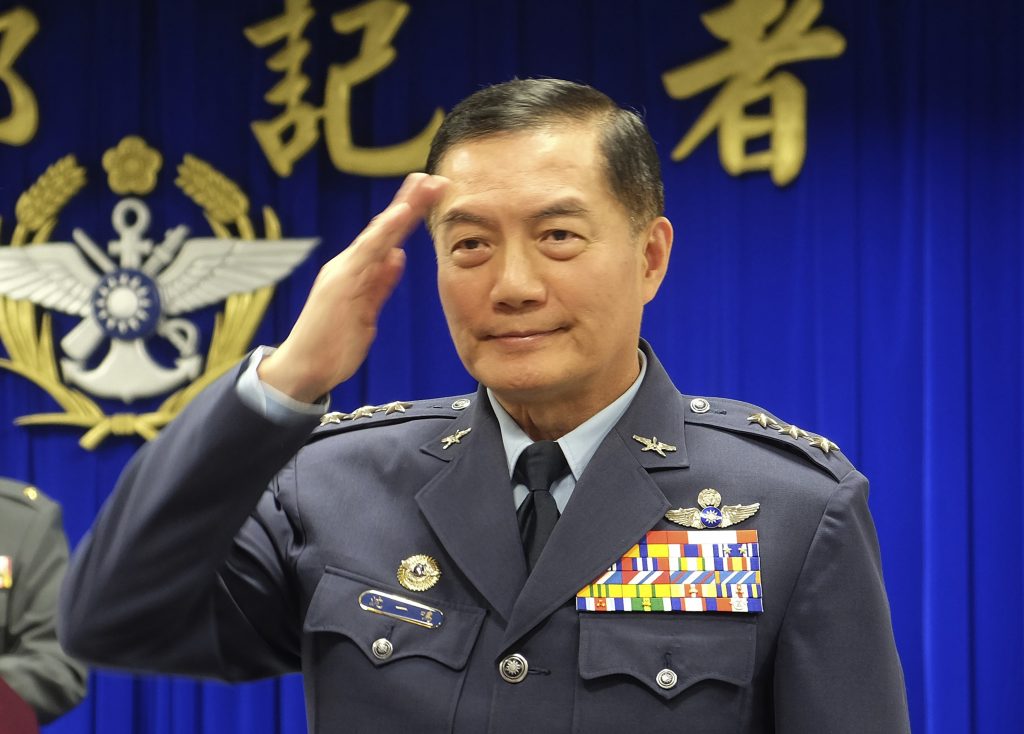 Taiwan’s top military official Shen Yi-ming was killed in an air force helicopter crash Thursday morning that killed seven other people, the Defense Ministry said. Five people survived the crash in the mountains outside the capital.

As chief of the general staff, Gen. Shen Yi-ming was responsible for overseeing the island’s defense against China, which threatens to use military force to annex what it considers its own territory.

The helicopter was flying from Taipei to the northeastern city of Ilan when it crashed.

According to Taiwan’s Ministry of National Defense, 13 people were on the UH-60M Blackhawk helicopter, which took off shortly after 7:50 a.m. from Taipei’s Songshan air force base on its way to a base in Yilan county on the east coast. Just over 10 minutes later, it dropped from the radar screen and went down in the mountainous, heavily forested Wulai area southeast of the capital.

Shen, 63, had taken over as chief of the general staff in July after serving as commander of Taiwan’s air force, which is undergoing a substantial upgrade with the arrival of the most advanced version of the U.S. F-16V fighter.

Alexander Huang, a strategic studies professor at Tamkang University in Taiwan who had known Shen for a decade, said he had stood out as a pilot and an officer.

“He was very calm and very stable and unlike other army guys he was always smiling, so he got a specific leadership style that also made him a popular leader in the entire military,” Huang said.

It will likely be months before the cause of the crash is known, but the pilots, both of whom were killed, appeared to have been highly experienced.

“Of course, reasonable people would think in the direction of mechanical failure or maintenance problem, but without proof you can’t say anything,” Huang said.

Taiwan’s military has operated Blackhawks for decades and in 2010, completed a sale for another 60 UH-Ms from the U.S. for $3.1 billion. The Blackhawk that crashed was a model dedicated to search and rescue and had been delivered in 2018, according to the ministry.

The loss of Shen and other high-ranking officials will require a rapid reshuffle of positions, but should have a minimal effect on Taiwan’s Jan. 11 elections for president and lawmakers, said Andrew Yang, a former Ministry of National Defense deputy minister for policy who also worked with Shen.

“I don’t think the crash will have a strong impact over the elections but certainly it will affect the armed forces because so many senior officers passed away as a result of this crash,” Yang said.