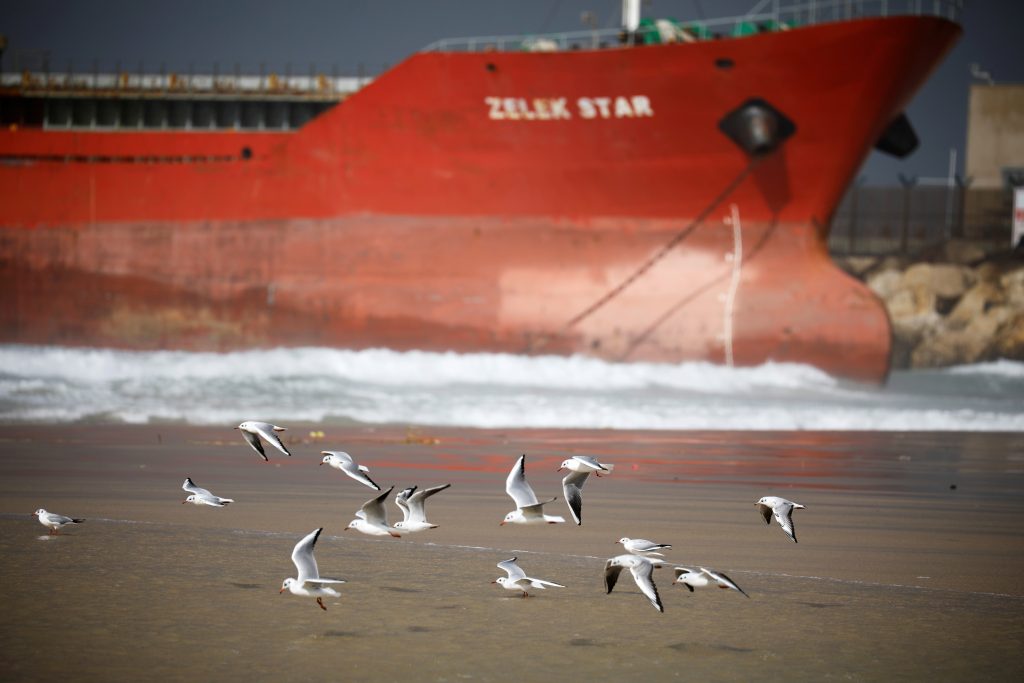 A massive cargo ship drifted onto a beach in southern Israel on Thursday after heavy winds and stormy weather forced the vessel away from its anchor point near the port of Ashdod.

The 90 meter-long Zelek Star was carrying cement and other goods from Greece to Israel when it was swept away and approached Oranim Beach, officials said. The beach’s sandy Mediterranean shoreline is popular with residents and tourists.

Photos showed locals walking along the beach with the 14 meter-high vessel towering over them in the background, abutting a stone seawall as shallow waves crashed onto its red exterior.

Captain Yigal Maor, manager of Israel’s Shipping and Ports Authority, said there were 12 crew on board the vessel but that it was the responsibility of the ship’s owners to ensure their safety.

The ship carries a Panamanian flag and is owned by Turkey-based Fuden Shipping & Trading, according to the website maritime-connector.com. The company could not be reached for comment.