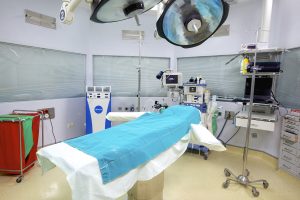 A special Health Ministry investigative committee has recommended installing cameras in operating rooms in order to ensure that all data and information on problems and complications in operations are recorded.

Data on the percentage of deaths after surgery and complications caused by surgery have not been collected in an organized manner in Israel. The committee recommended that such information be collected and the data collated.

The recommendation was the result of an investigation into complaints by former IDF General Giora Eisland over treatment he received for colon cancer at a number of Israeli hospitals. Eisland said that he experienced pain and complications from which he is still suffering from the surgeries which took place between 2010 and 2016.

The committee did not accept Eisland’s complaints about negligence by doctors, or his complaints about administrative issues that he said hospitals failed to adhere to. With that, it recommended that a program be instituted in hospitals throughout Israel that would record data on operation results in order to build a profile of how doctors performed, as well as ensuring that hospitals are legally protected if patients contend that they were treated incorrectly.