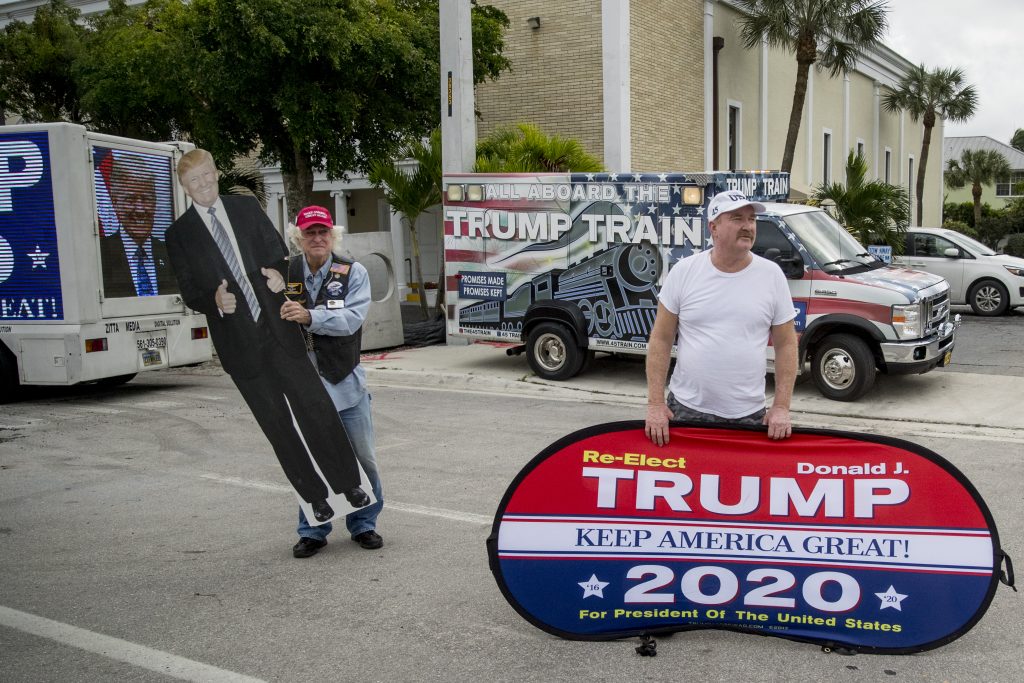 The New York Times headline reads, “A President Impeached, and a Nation Convulsed.”

But if you’re looking for evidence of a political convulsion — on either side of the aisle — you’ll need a microscope. The most newsworthy aspect of the “historic” impeachment of President Donald Trump may be how little effect the “historic” event has had on American politics.

Supporters of Trump have repeatedly pointed to the fact that Democrats have been urging Trump’s impeachment since he took office — and they’re right. An anti-Trump website, ImpeachDonaldTrumpNow.org, launched literally on Inauguration Day 2017. (“From the moment he assumed the office, President Trump has been in direct violation of the US Constitution,” the website reads.)

As Majority Leader Mitch McConnell noted on the Senate floor Thursday, Wednesday’s vote to impeach Trump wasn’t the Democrats’ first. It was their seventh. It’s just the first time they had a majority of members in support.

This impeachment vote was “the predetermined end of a partisan crusade that began before President Trump was even sworn in,” McConnell said.

There are more interesting data from early 2017: Trump’s approval numbers. According to the data-crunchers at FiveThirtyEight, Trump’s approval average on impeachment day was identical to his support on March 16, 2017: 43.5 percent.

Three years of Russia investigations, 12 weeks of impeachment inquiry, hundreds of hours of speeches by politicians and mountains of negative media coverage, and the president’s standing with the voters is where it was back when he first took office. If the Democrats’ goal was to “find a way to bring Trump down” — and 59% of Americans believe it is, according to a Monmouth poll — they failed.

But that doesn’t mean Trump should be popping the champagne corks, either. “It doesn’t really feel like we’re being impeached,” Trump said at a rally in Michigan on Wednesday night as the votes were being cast. “I don’t know about you, but I’m having a good time.”

Perhaps. But a president who can’t get his approval rating above 45% still has plenty to worry about. While it’s true that a recent Suffolk poll found Trump beating all the Democratic front-runners in head-to-head match-ups, it’s also true that Trump trails former vice president Joe Biden by about 5 points in the RealClearPolitics average, and loses to Biden in 47 out of the last 50 polls.

Yes, Trump’s approval has risen a bit — a “six-point surge” as his campaign calls it — since the impeachment inquiry, and yes, most Americans believe the Democrats are motivated by partisanship, not patriotism. But those same polls show most Americans think Trump did something wrong and deserved to be investigated, if not punished.

In fact, as bad as Congress’ poll numbers are (25% approve, 54% disapprove), they’ve also risen a bit since the impeachment inquiry began, as has Speaker Nancy Pelosi’s approval rating (39% approve, 49% disapprove).

Just days before the impeachment vote, Pelosi told The New York Times, “My numbers are better than Trump’s. So if I’m not doing well, he’s doing worse.”

What’s actually happening, based on the polling data, is that both politicians are getting higher and more intense support for their bases, while moderate, independent and less-engaged voters are shrugging off the whole impeachment fight.

“I was out talking to customers and vendors all day Wednesday, and you know how many mentioned impeachment to me? None,” Randall Bloomquist, a small-business owner in the liberal-leaning Atlanta suburb of Decatur, Ga., told InsideSources. “It was all over the media, but not on the minds of my customers.”

According to the latest Suffolk poll, just 33% of independent voters support impeachment, while 46% oppose. And in a new Quinnipiac poll, only 28% of independents approve of how Congress is doing its job.

And while politicians and the press have talked nonstop about impeachment for months, when Suffolk asked voters to pick their priorities from a list of 12 issues, impeaching Trump came in next to last at 19% — well behind the economy (53 percent), health care (48 percent) and immigration (40 percent).

Which is why many Americans simply tuned out. The week before the impeachment vote, more people watched a single episode of [a CBS show] than tuned into primetime programming on all three cable news networks combined.

“Why bother? They were always going to impeach him,” says Paul Norell, a sales executive and Trump supporter in Dallas. “The Senate’s not going to throw him out of office, right? So what do I care?”

The net result of the over-hyped impeachment battle is that 40% of the country loves Trump, about 45% hate him, and the 2020 election will be won by whichever side does the best job of both motivating its base and bringing along the last 5% of persuadable voters.

Which is why the biggest news of the week may actually be Pelosi’s threat to stretch out the (seemingly unending) process by refusing to send over the articles of impeachment for a Senate trial.

After years of investigations, charges and debates, the only thing the typical American voter hates more than impeachment are the words “more impeachment.”