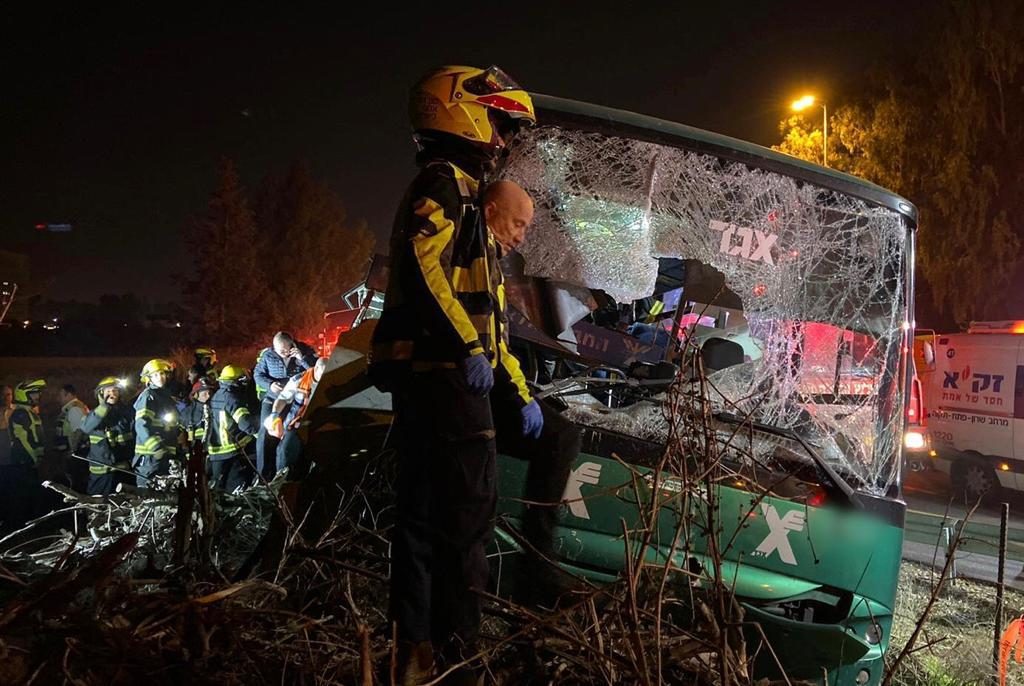 Four people were killed in a traffic accident involving a bus on Highway 40 near Ben Gurion Airport on Sunday evening.

Another passenger was reported with serious injuries and 10 others with relatively minor injuries.

An Egged bus traveling from Yerushalayim to Haifa ran into a concrete installation at a bus stop near the Bedek Junction.

Egged said the bus veered from its path for reasons as yet unknown.

United Hatzalah volunteer EMTs Neriah Hajbi, Lior Tabib and Raphael Elmaliach were quoted by Arutz Sheva saying: “Due to the severity of the accident firefighters were working to extricate people from the bus. According to witnesses, the bus crashed into a bus stop and the cement pole next to the bus stop fell on top of the bus crushing part of it. When we arrived, we treated 12 people, some of whom were in serious and critical condition.”

The survivors were evacuated to Assaf Harofe Hospital in Tzrifin, HaSharon Hospital in Petah Tikva, and Sheba Tel Hashomer Medical Center in Ramat Gan, according to Arutz Sheva.

Police are investigating the circumstances of the crash. A stretch of Route 40 was closed following the accident.