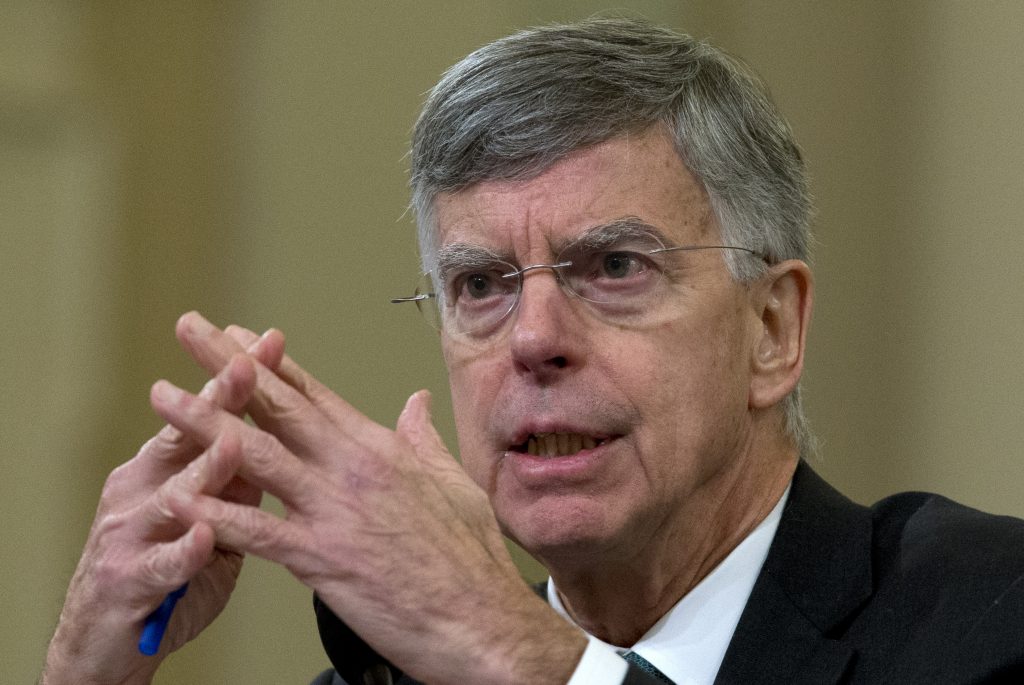 The top Democrat on the Senate Foreign Relations Committee accused Secretary of State Mike Pompeo on Tuesday of “unceremoniously recalling” the acting ambassador to Ukraine, William Taylor, a key witness in the House impeachment inquiry who criticized the White House’s decision to withhold aid to the country.

“I am extremely concerned that this suspect decision furthers the president’s inappropriate and unacceptable linking of U.S. policy to Ukraine to his personal and political benefit, and potentially your own,” Sen. Robert Menendez of New Jersey wrote in a letter to Pompeo.

The State Department did not immediately respond to a request for comment.

Taylor, who was brought in to serve on a temporary basis in Ukraine following the ouster of the previous ambassador, Marie Yovanovitch, has been criticized by the president as a “Never Trumper.” The White House also has attacked witnesses broadly as “radical unelected bureaucrats.”

On Tuesday, NBC News reported that Taylor is expected to leave his post on Jan. 2 just as Pompeo is expected to visit Ukraine during an official trip.

When secretaries of state visit foreign countries, they often schedule a meet-and-greet with the U.S. embassy staff, raising the potential for an awkward interaction if Pompeo, the president’s staunchest defender, were to pose for pictures with Taylor, whom the president has harshly criticized.

Menendez said it would be a mistake to leave Taylor’s position vacant during an important visit by the secretary of state.

“You and the American people would benefit from his institutional knowledge and counsel during your expected interactions with [Ukrainian President Volodymyr] Zelensky’s administration,” Menendez wrote in the letter, which was released by his office. “Your joint appearances with the ambassador in Kyiv would also send a strong message of solidarity to our professional diplomatic service at a time when morale is historically low.”

Taylor, a career diplomat who has served under Republican and Democratic administrations, provided one of the most vivid and detailed accounts of an alleged quid pro quo between Trump and the Ukrainian government.

Recounting a series of texts, emails and phone conversations, Taylor told lawmakers of his concerns about a “nightmare” scenario in which the U.S. leveraged military aid to get Ukraine to investigate former vice president Joe Biden.

As those fears grew, he texted then-special envoy for Ukraine Kurt Volker and the ambassador to the European Union, Gordon Sondland, in September.

“As I said on the phone, I think it’s crazy to withhold security assistance for help with a political campaign,” Taylor said in a text that would be cited frequently during the impeachment hearings.

While Taylor has come under some criticism by the president’s supporters, Yovanovitch has remained a focus of their fire, with the president’s personal attorney Rudy Giuliani claiming on Monday that she was guilty of “obstructing justice” and abetting “Ukrainian collusion.” Giuliani has said he began trying to oust her since last year but has not provided evidence to back up those claims.

Yovanovitch said her anti-corruption efforts posed a financial threat to some in Ukraine whom she accused of working with Giuliani to oust her.