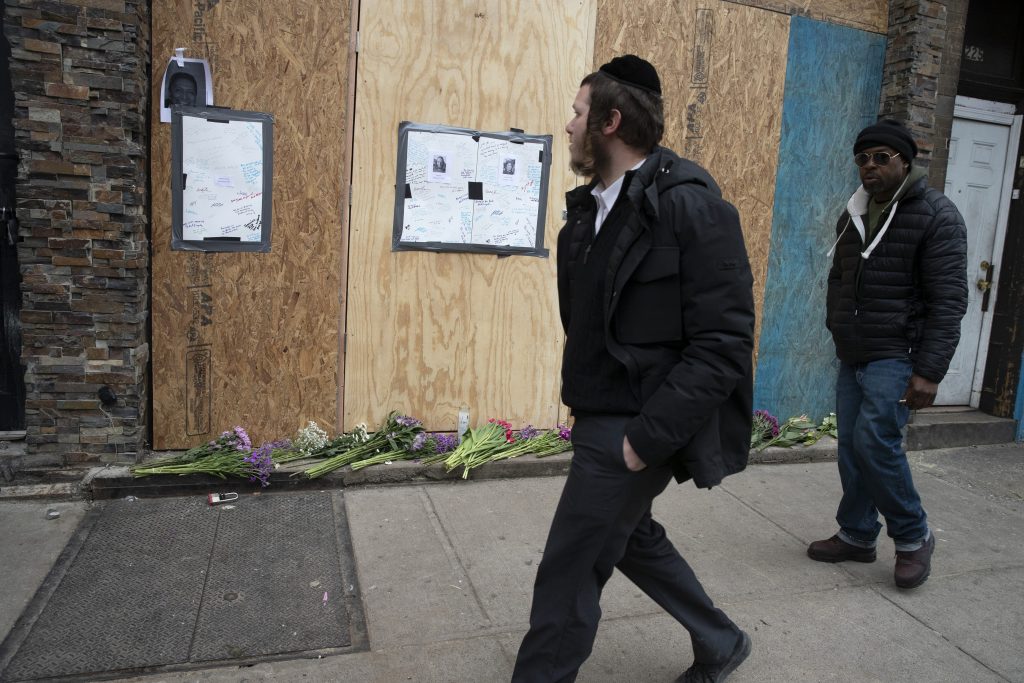 A member of the Jersey City Board of Education made comments on social media referring to Jews seeking to purchase homes in Jersey City as “brutes” and questioning whether the shooters in last week’s deadly attack on a kosher supermarket in the Greenville neighborhood had a point to make.

Joan Terrell-Paige’s comments made on social media – since deleted, but preserved in screenshots – said that members of the black community had been threatened and harassed to sell their homes by “brutes of the jewish community,” who “brazenly came on the property of Ward F black homeowners and waved bags of money.”

She went on to question whether the attackers, both whom were killed in a shootout with police, may have had had a message to send.

The shooters, David Anderson, 47, and Francine Graham, 50, had expressed interest in a black fringe group called the Black Hebrew Israelites, which has espoused anti-Semitic views.

“Mr. Anderson and Ms. Graham went directly to the kosher supermarket,” wrote Terrell-Paige. “I believe they knew they would come out in body bags. What is the message they were sending? Are we brave enough to explore the answer to their message? Are we brave enough to stop the assault on the Black communities of America? My people deserve respect and to live in peace in this city.”

Terrell-Paige’s post concluded with a disclaimer that she was “speaking as a private citizen and not as an elected member of the Jersey City Board of Education,” and that “these beliefs are mine and mine alone.”

But officials called for her to resign her position.

“We will not let anti-Semitism and hate go unchallenged in our communities,” tweeted New Jersey Gov. Phil Murphy. “In light of Ms. Terrell-Paige’s comments, I urge her to immediately resign from the Jersey City Board of Education.”

“I’m saddened by the ignorance her comments demonstrate,” tweeted Jersey City Mayor Steven Fulop. “Her comments don’t represent Jersey City or the sentiment in the community at all. The African American community in Greenville has been nothing short of amazing over the last week helping neighbors … My opinion is she should resign. That type of language has no place in our schools and no place amongst elected officials. Imagine she said this about any other community – what would the reaction be? The same standard should apply here.”

Board of Education President Sudhan Thomas said in a statement emailed to AP that Paige does not reflect the views of the board and doesn’t speak for it. She was elected to the board last year.

“There is no room for any kind of hate or bigotry in Jersey City,” Thomas said.