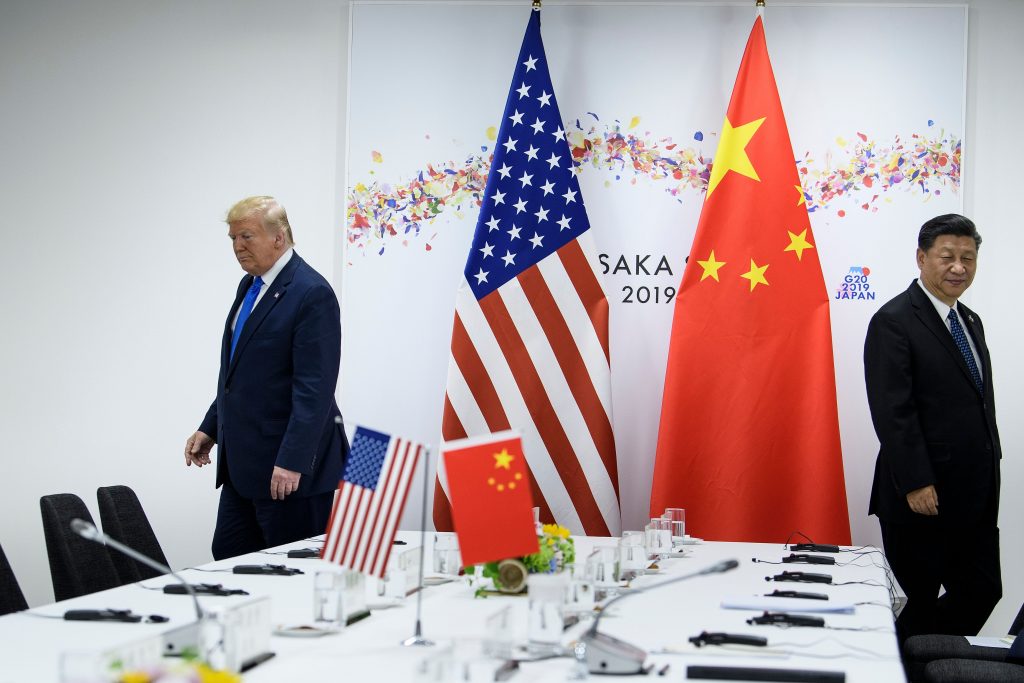 China and the United States are in close communication on trade, officials in Beijing and Washington said, days before tit-for-tat tariffs are due to go into effect.

President Donald Trump on Thursday said on the United States was “very close” to nailing down a trade deal with China.

“Getting VERY close to a BIG DEAL with China,” Trump posted on Twitter. “They want it, and so do we.”

During a regular briefing on Wednesday in Beijing, Gao Feng, spokesman at the Chinese Commerce Ministry, told reporters “The two sides’ economic and trade teams are maintaining close communication.”

The United States is due to impose tariffs on almost $160 billion of Chinese imports such as video game consoles, computer monitors and toys on Sunday.

A decision to proceed with the levies could roil financial markets and scuttle U.S.-China talks to end the 17-month-long trade war between the world’s two largest economies.

The countries agreed in October to conclude a preliminary trade agreement, but talks have failed to produce deals on agricultural purchases by China and rollbacks of existing tariffs imposed by the United States. Many analysts had expected a deal ahead of Dec. 15.

Beijing has said it would retaliate if the United States escalates the trade dispute.

In August China said it would impose 5% and 10% in additional tariffs on $75 billion of U.S. goods in two batches. Tariffs on the first batch kicked in on Sept. 1, hitting U.S. goods including soybeans, chemicals and crude oil.

The tariffs on the second batch of products are due to be activated on Dec. 15, affecting goods ranging from corn and wheat to small aircraft and rare earth magnets.

China also said that it will reinstitute on Dec. 15 an additional 25% tariff on U.S.-made vehicles and 5% tariffs on auto parts that had been suspended at the beginning of 2019.