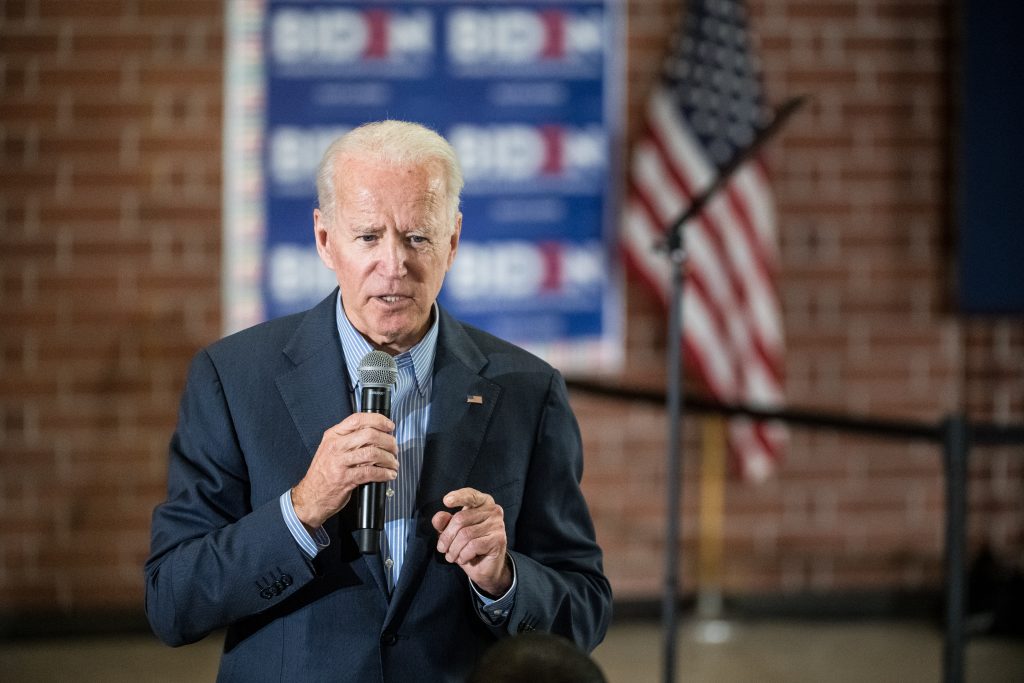 Joe Biden said on Saturday that it is “bizarre” for Bernie Sanders to propose withholding U.S. military aid from Israel if the government there doesn’t moderate its treatment of Palestinians.

The remarks highlight a nuanced but significant distinction between the Democratic presidential contenders. Biden and Sanders support a “two-state solution” for Israel and the Palestinians, and both men have criticized political leaders on each side of the long-standing conflict. But Biden’s take, offered during a question-and-answer session with Iowa voters, hewed a more traditional U.S. establishment line by reaffirming a financial commitment to Israel regardless of its actions toward Palestinians.

The former vice president, while casting Israeli Prime Minister Binyamin Netanyahu as a “counterproductive” and “extreme right” leader and accused Palestinian leaders of “fomenting” the conflict and “baiting everyone who is Jewish,” while suggesting that some on the U.S. political left give the Palestinian Authority “a pass” when criticizing Israeli leadership.

“In terms of Bernie and others who talk about dealing with Zionism, I strongly support Israel as an independent Jewish state,” Biden said in rural northeastern Iowa. He added, “The idea that I’d withdraw military aid, as others have suggested, from Israel, is bizarre. I would not do that. It’s like saying to France, ‘Because you don’t agree with us, we’re going to kick you out of NATO.”

Sanders, a Vermont senator, elevated the matter in late October when he said the U.S. should “leverage” its billions of dollars in annual Israeli aid. “My solution is to say to Israel: ‘You get $3.8 billion every year. If you want military aid, you’re going to have to fundamentally change your relationship to the people of Gaza.’ In fact, I think it is fair to say that some of that should go right now into humanitarian aid.”

Netanyahu said Thursday, despite warnings from the International Criminal Court, that he has the “full right” to annex the Jordan Valley altogether if it chooses, and he said he discussed annexation in a meeting with U.S. Secretary of State Mike Pompeo.

Biden on Saturday called it “a serious mistake, a fundamental mistake for the occupation of the West Bank now to become annexed property,” and he chided Netanyahu for a lurch to the “extreme right” as a means “to keep control.”

But Biden had perhaps even harsher words for the Palestinian Authority, seemingly blaming them for a failure to reach new peace accords “and get 98% of what they wanted” when President Barack Obama was in office with Biden as his top lieutenant.

“They continued to insist on baiting everyone who is Jewish, saying they would not sign a deal with a Jewish state, will not recognize one even if we have an independent nation,” Biden said.

Biden said that, as president, he’d continue to push Israel to accept a Palestinian state, but added that he’s “tired of everybody giving the Palestinian Authority a pass … as if they’re not continuing to foment all of this.”